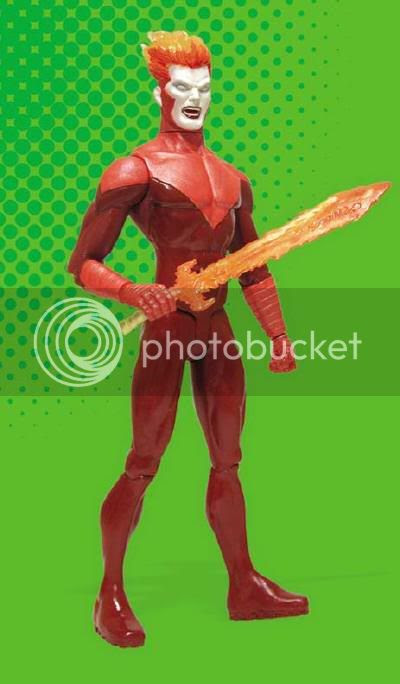 I completely forgot this Martian Manhunter murder co-conspirator got his own action figure. I thought he was a well designed new Green Lantern Kyle Rayner foe at the time, but he didn't seem to amount to much, and then Nero turned up with visually similar powers (and also flamed out without lasting effect.) I don't even remember the sword...

Endowed with the power to project and control flame by alien rivals of the Green Lantern Corps' Guardians of the Universe, Martyn Van Wyck became the deadly Effigy. Filled with hate, Effigy is out to prove what he can do...by destroying Green Lantern. The Effigy Action Figure stands approximately 6.5 inches tall, 7 inches tall with flame, and comes with a removable flaming sword. Features 4-color resealable packaging.