Which Martian Manhunter Villains Are Your Second Least Interesting?

As we discussed yesterday, the January I-HoD poll asked "Which Martian Manhunter Villains would you like to read about here? Check all that apply." The following characters received five votes a piece, or 15% of the total votes, less than half that of the most popular selections...

A giant robot attacking Japan that set up an "homage" to Ultraman, but also heralded the eventual coming of space locust that the Martian Manhunter will battle for centuries (according to DC One Million.) I could do without Antares, but the Clanetary System makes for a decent general threat to tie our boy up for a while. Lacking a singular voice probably hurt these guys, so I can skip them when I start covering Malefic (yes, he's still coming) from the early Ostrander/Mandrake run. 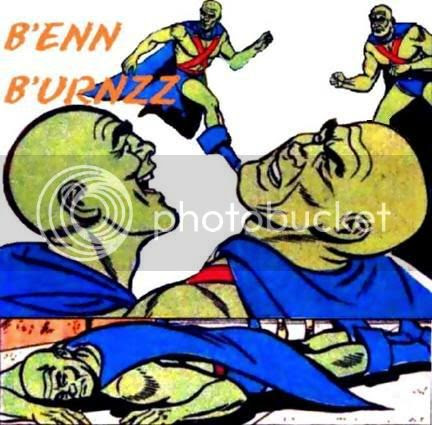 A pretty near identical match for the Silver Age Martian Manhunter, but in fact a refugee from the future (Earth circa 2062.) B'enn seems to have suffered from the same "generic Martian" malaise that struck down so many last time. I dropped a reference to him at the end of my fan fiction 1984 Manhunter from Mars Annual #1, a jam-session for all those discarded Martians, but I expect no one will have any further use for him. 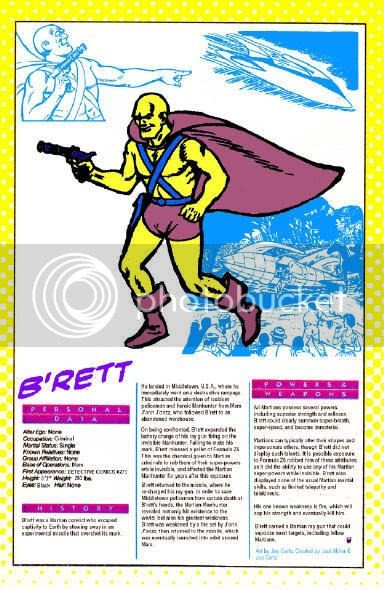 Ditto, except I like B'rett, and he has some importance. He was after all responsible for "outing" the Martian Manhunter's presence on Earth, by disallowing his use of invisibility with any other powers (at least until the early '80s.) He's also the only yellow Martian I've ever heard of, which breaks up the green/white polemic. I used him more fully in the fake 1984 Annual, parts one and two.

Baron Voto
The evil ruler of the European nation of Lavonia from 1962's Detective Comics # 307.

The Falcon
Here's another ridiculous Silver Age villain of the type Scipio skewered at the Absorbascon. Aside from looking like a Terrible Trio reject, the Falcon actually had cool devices and put up a fight, making him one of the few solid super-villains of Showcase Presents: Martian Manhunter Volume One. Just to clarify, the guy's name was really "The Falcon," like the Marvel Comics hero. I used "Human Falcon" to jog folks' memory, and Scipio used "Mr. Falcon," which is only applied once in-story as a mocking thought balloon by Martian Manhunter. 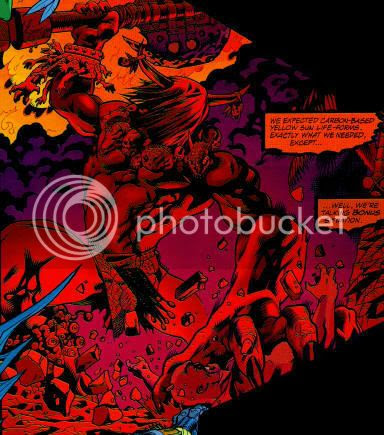 This was the guy who fought Martian Manhunter out of a team that fought the JLA in one special I haven't synopsized... and still won't, due to lack of interest.

King Zeus
A respectably powerful nutjob from Detective Comics #302 that wasn't molested my Scipio. I think you guys missed out here, or are just sick to death of Greco-Roman mythology-themed characters. I know I am!

Korge
You guys don't care about the "Last Angry God," who fought J'Onn and the entire JLofA on Mars II? Alrighty then.

Marlon's Beast
A dinosaur-type creature created by a sorcerer who served as a precursor to the various emissions from the Diabolu Idol-Head in 'Tec #224. Diane Meade's presence is the only thing separating this from early House of Mystery fare. 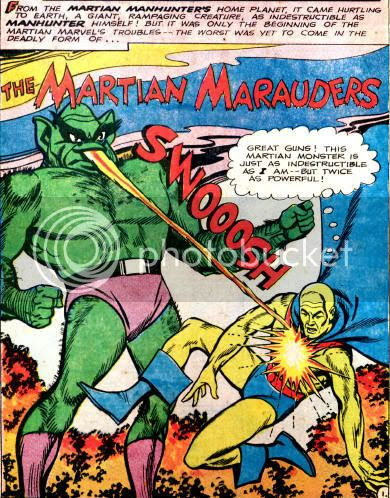 I guess the image said it all, but failing that, the story encapsulation.

In my experience, fans just refuse to rally behind tubby super-villains (Kingpin's exemption proving the rule, as he's supposedly all judo muscle.) Manhunter was instrumental in defeating this guy in his first appearance (stupidly, stupidly instrumental,) and killed the heck out of his Royal Flush gang in a sublime JLA: Classified story arc. I can take or leave him, and based on your reaction, the latter will do. 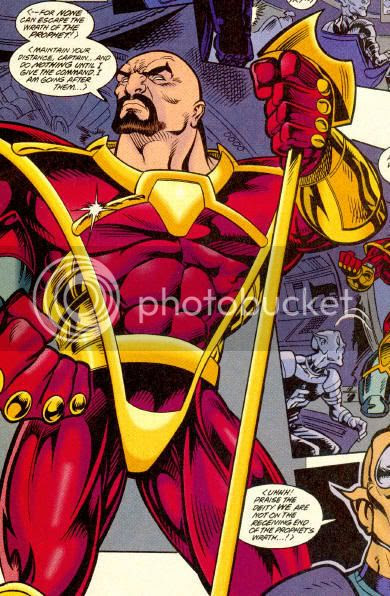 Between his VM entry and his sole appearance in Martian Manhunter Special #1 (1996), I don't see there being much more to write, much less read. It wasn't a particularly interesting special or character. 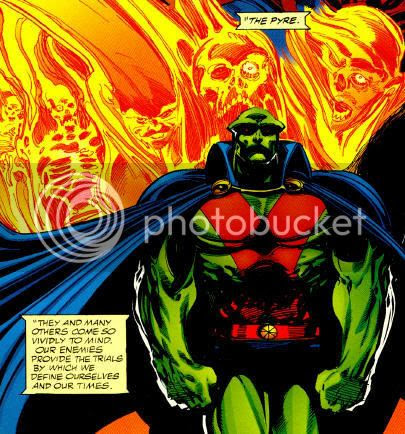 
So these guys were from Ancient Egypt and possessed the bodies of humans or something. I don't remember all that well.

Ryx
This was the main foe in a story where J'onn J'onzz pretended to be a normal human male to convince the invading Centurians that all Earth men had Superman-like powers (while our women, exemplified by Patrolwoman Diane Meade, did not.) A bit of tongue-in-cheek sexism there, but the main concern is that the Centurians are just pink-skinned bald Caucasians who dress in white and orange uniforms. Not a lot to work with there. 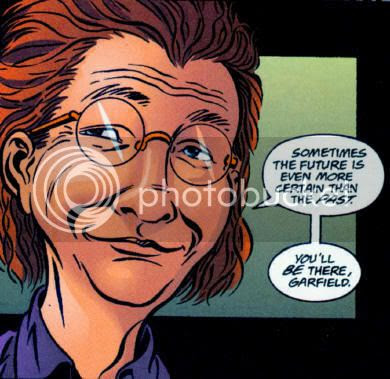 The antagonist in a two-part modern Detective Comics story co-starring Batman, between his VM entry and the story's synopsis, there's nothing left to tell.
Posted by Diabolu Frank at 3:48 PM

"the Centurians are just pink-skinned bald Caucasians who dress in white and orange uniforms. Not a lot to work with there."

I don't know about you, but that's just brimming with possiblities in my book...

Welcome to the working week's villians were pretty forgettable. I still think it's the best of all those JLA special/ogn's/what have you.
I was down with the Renegades of Mars. It makes as much sense as all the other cosmic coincidences in the DCU.