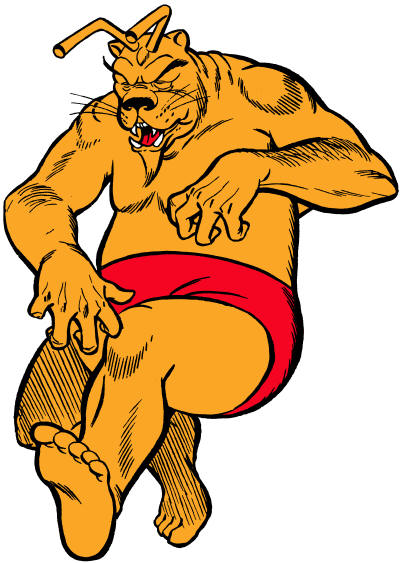 History:
For the fifth time since its activation in the modern era, the Diabolu Head spawned a new menace. The mighty Aroo not only tangled with the Manhunter from Mars and Zook, which was common practice by this point, but was also exceptionally proactive in safeguarding the idol-head and its mission. After briefly cowing the Alien Atlas, Aroo recaptured the Diabolu Head from Zook, who had been trying to destroy it through his temperature controlling powers. Even though the heroes had managed to follow the idol-head from Cairo to the United States within the span of a month, Aroo hid the artifact so thoroughly that it could not be found domestically before reopening.

Aroo protected a giant spotted egg from which the "Doom Shadow" would eventually emerge for numerous hours before again facing the Martian Manhunter. Once the Chulko hatched, Aroo became transparent and faded away. Whether this was a demonstration of Aroo's power or Aroo perishing after its mission was completed is not known, as it has not been seen since.

Powers & Weapons:
The mighty Aroo had two antennae-like funneled protrusions from its head. The right side fired a destructive energy beam, potentially electrical in nature, which could strike with lethal power and carve out the earth in its wake with ease. That energy was ineffective against a Martian, but Aroo's left side was a flamethrower, which proved more potent against the Manhunter. Aroo could fly, and was extremely resilient.

Quote: "You will have to destroy me first, puny being!"

Created by Joe Certa
Posted by Diabolu Frank at 5:08 AM

Ha! That guy is great!! He looks like he's from a Hanna-Barbera cartoon!!!
Small typo- "as it has not been seem since." *seen
Those bendy-straw "antennae" crack me up. So, what got you into Martian Manhunter so much?

I've been familiar with the Martian Manhunter since 1984/85, but didn't become a real fan until 1996. At that point, there was little about the character available online, so I started compiling what I could learn, which became a fan site. That eventually folded, but about five years later, I was inspired by the Aquaman Shrine to revive the project as a daily blog. Six years later, I'm proud to say I'll do some schooling here, and find it gets disseminated to Wikipedia/Comicvine/etc., so I keep at it.

That's awesome, man! I was shocked when I came across such a detailed and devoted blog to the character. I recommended it to my brother- who has always been a fan of J'onzz...
And I would always check in here and there- because: Comics!
-Just started commenting recently... and I appreciate the replies!
I picked up Martian Manhunter: American Secrets for my brother last year for $1.00 an issue- and read it first, of course- and it really made me love the character... Great fuckin' story.

I appreciate your comments! There used to be a nice circle of discussion here with a handful of daily regulars, but it slowly petered out. American Secrets is a favorite hereabouts.

Yesssss another reader of American Secrets. My plan is working.