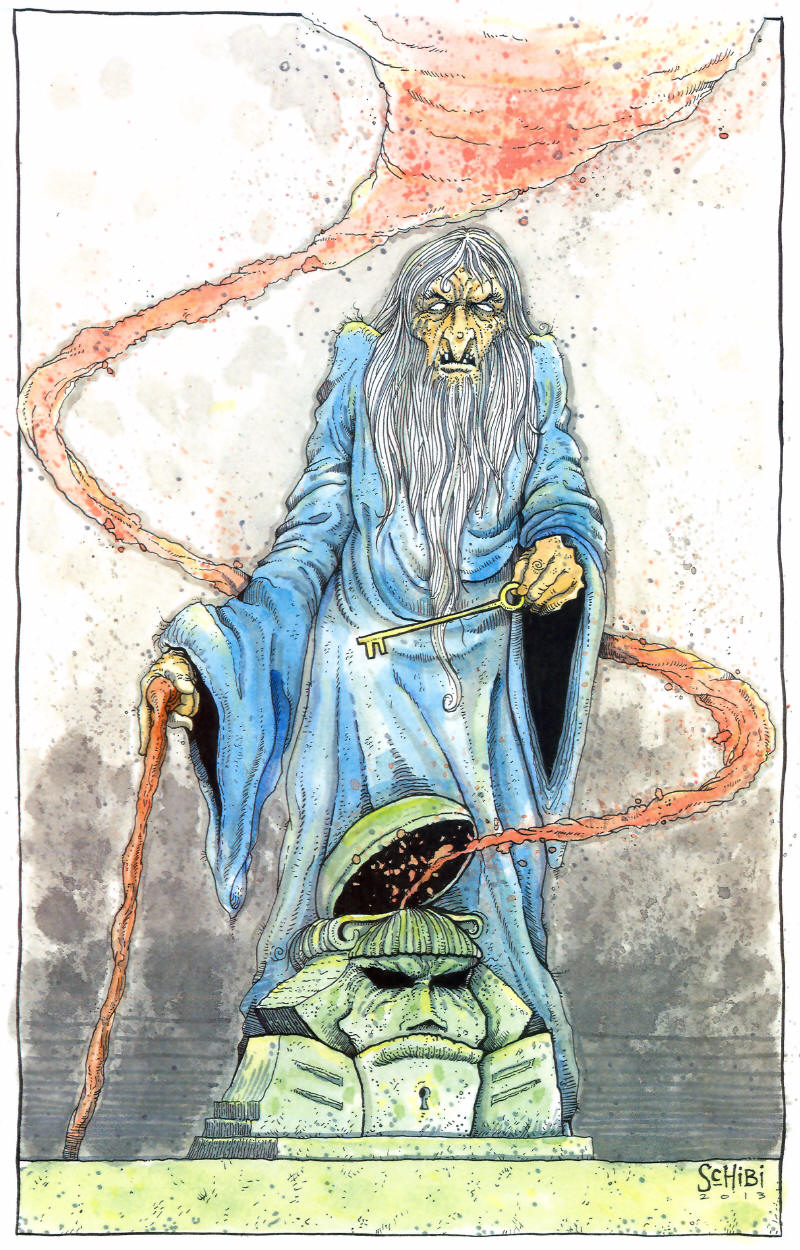 My first impression of Cody Schibi was that his work was too good for me to be able to afford. Virtually no other artist packs in that incredible level of detail, so I figured one of his pieces would cost hundreds of dollars. When he quoted me just $50 for a Mr. Moth waist up, I wasn't sure that he'd produce anything comparable to his samples, but he in fact exceeded them. Having learned my lesson, when I got another commission at Space City Con 2012, I went all out at $80 for a full figure. Big spender that I was, I still only expected limited color, and instead received a fully rendered Mercurian Renegade painted in watercolors with an intricate dialogue balloon. You might think I would make a beeline straight for Schibi as my first stop at Comicpalooza 2013, but you'd be mistaken. In fact, I actively avoided him. 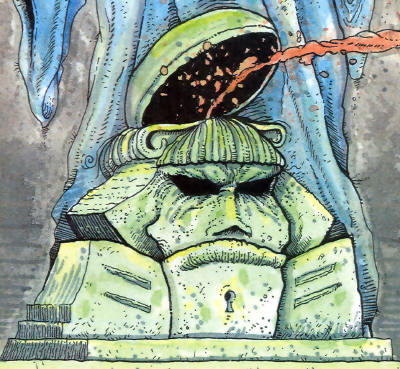 See, Bernie Wrightson was also there, and after failing to get a commission from him in 2010, I did some research. It seems Wrightson outright refuses to do convention pieces, hating to be art directed by fans. My plan was to try to talk him into just one more piece, drawn however he liked, at a potentially ridiculous cost, just to boast that I nabbed one from a childhood favorite. My only demand would be the subject, a character totally in Wrightson's wheelhouse, the craggy wizard Diabolu. He'd basically just a mash-up of Wrightson's own takes on The Old Witch and Uncle Creepy, with no expectation of even a fraction of that level of rendering. However, Wrightson told my girlfriend he planned to retire soon as she was buying a print, and he shut me down before I could really even soft pitch him. I could have tried to press, but after twelve years in sales, my gut told me the best I'd do would be to change a definite "no" into an "I said no, so jump off, you bozo." I knew going in the odds were completely against me.

Despite his Pandora's Box of supernatural creatures being the namesake for this blog, something about Diabolu's passing resemblance to Witch Hazel and his inglorious death by bumping his head on a table after a single appearance as a non-combatant cooled my enthusiasm for the character. I lacked the perspective to acknowledge that half of the Martian Manhunter's run in House of Mystery (admittedly the worst half) hinged on finding and stopping Diabolu's Idol-Head, which had "killed" Detective John Jones and ended his triple-digit run patrolling Middletown, U.S.A. in Detective Comics. Beyond the historical significance, my online handle eventually morphed into "Diabolu Frank," and I'll be damned if I link my own bad self to a stinker. It was time to give the wizard some love and attention. See, the only character I wanted Wrightson to do was Diabolu, but the only artist I knew who could salve the wound of not getting that Wrightson and potentially blow away anything Berni could have done anyway was Cody Schibi. 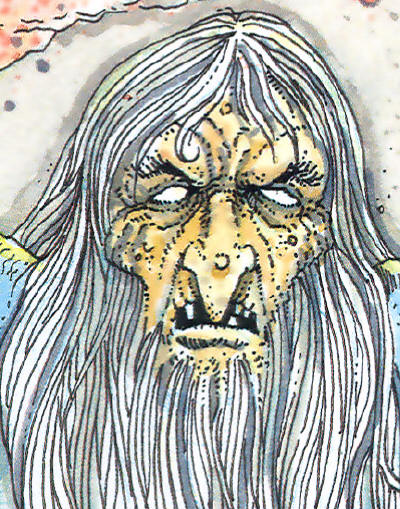 One of these days, I have to have Schibi draw the Manhunter from Mars, because his aesthetic is so well suited to the Vile Menagerie that he could be an excellent choice for a series if he could hero-up. It's just that he's so damned good at depicting the oddities of the Alien Atlas' rogues gallery, so inventive in reimagining and modernizing them, that I feel it's a waste of his talent to do an on-model J'Onn J'Onzz. An EC-flavored Wrightson Diabolu would have been cute, but Schibi turns him into a soulless magikal archnemesis. I wasn't very good at communicating character details to the artists I worked with this year, but it seems like Schibi heard every word I said about the wizard and then some. There's a perfect Diabolu, his gnarly staff, and the key to unlock an Idol-Head processed through the sensibilities of early Sam Raimi. Rather than some harmless smoke wafting upwards, Schibi presents the earliest manifestation of a Lovecraftian obscenity, something supposedly ethereal coalescing into contorted meaty intestinal mass or tentacles from the abyss. The muddy splotches suggesting a cave in the background give way to the varied tones of the rocky idol and an inhuman wizard swathed in a robe mingling blues, grays and whites. Every wart and string of hair is present. It's a magnificent presentation of a minor threat who will no longer be denied his misanthropic vendetta against every man, woman and child on the godforsaken earth!!!