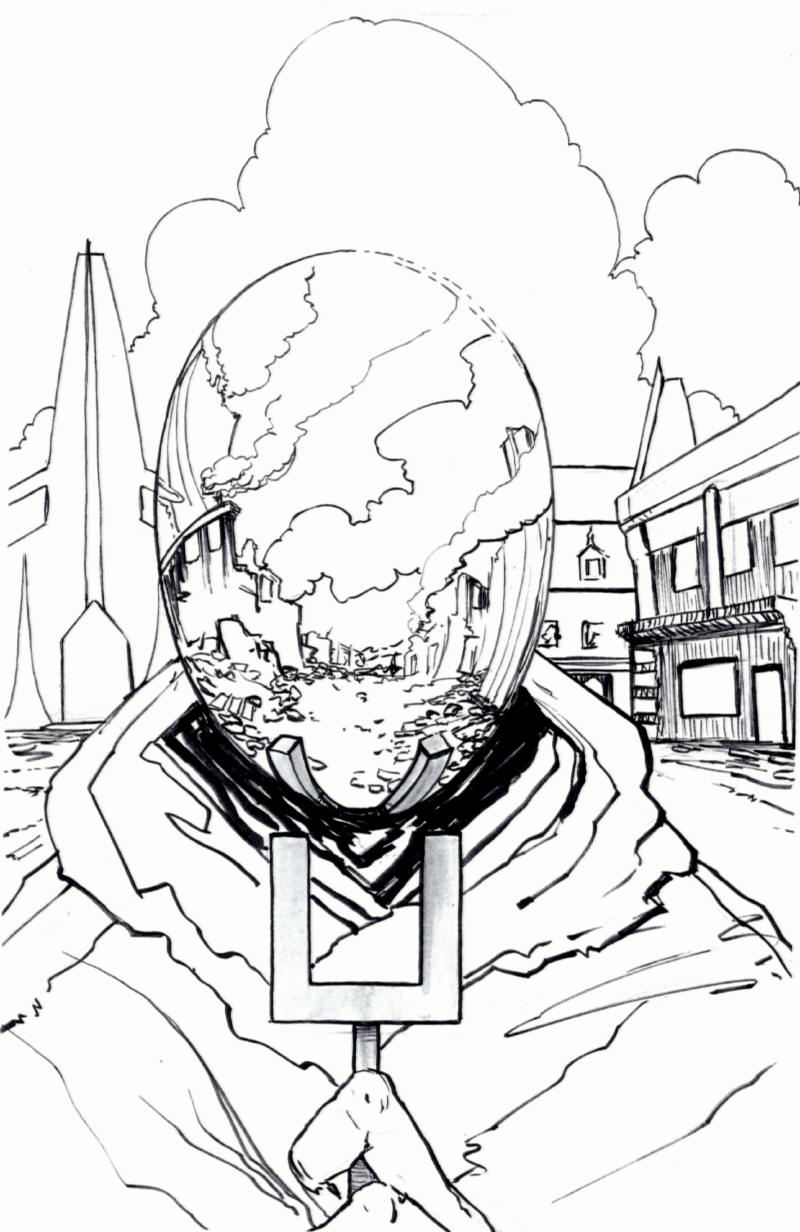 I'm a little fuzzy on the date and setting of this one, but Ma'alefa'ak was definitely my first piece from the artists, and I've had this one for several years, so I'm making an educated guess. Anyway, The Largas are the forgotten benevolent race responsible for Warworld, and I imagine the scene here is the sole survivor giving the Crystal Key to J'onn J'onzz for safekeeping (stupid arrogant Kryptonian!) Cool reflective Escher face, and he even threw in the Alien Arsenal for good measure!

Posted by Diabolu Frank at 11:36 PM No comments: 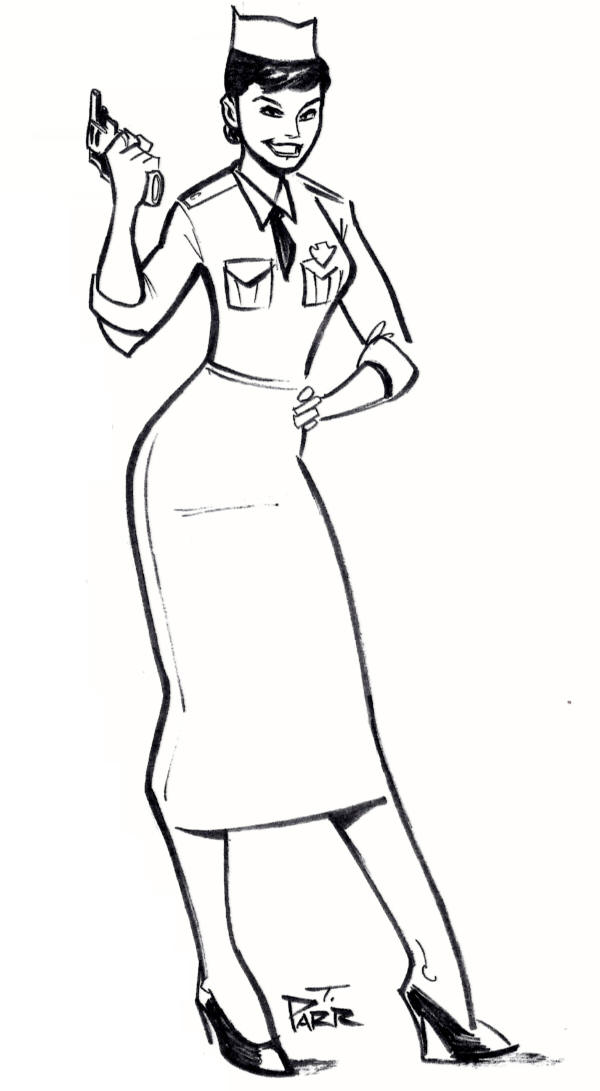 When a blogging schedule is as erratic as mine has been for years now, "late" is a relative term. That said, I missed my self-imposed Monday deadline for this post as another casualty of "I got way too many small inexpensive jam commissions just as my interest in blogging was fading and I can't find the artist's business card years later." Knowing I'd have to do some detective work on the "T. Parr" signature and (surprisingly given the scope) a The Marvel Handbook podcast's completion within reach, welcome to the back burner.

At least Valentine's Day kept the burner lit though, as it continued to inspire me to spotlight one of John Jones' lady friends. Well, more of a professional acquaintance really, but he's not exactly a D'onn W'ahnn, is he? Anyway, I really enjoyed Parr's take on the character, conveying her attitude well through body posture and facial expression. I'm not going to name names here, but there was one character I have a lot more of an investment in commissioned for the jam that in retrospect I wished I'd handed to this artist instead. Then again, if this is Sally Winters' only opportunity to strut in the nearly sixty years since her co-creator drew her in a single appearance, I'm glad she had a good Parrtner (forgive me?)

Terry Parr
Posted by Diabolu Frank at 2:47 AM No comments: 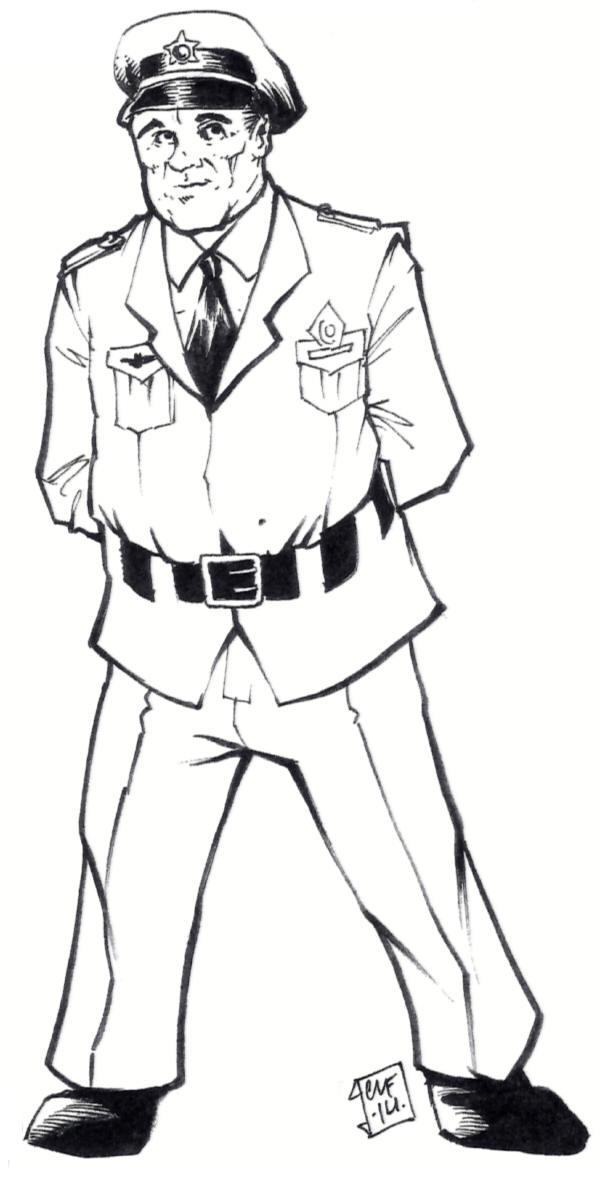 I took January off from the blog, and figured February was for lovers, so I should at least come back with friendly intentions. A couple years after his Kishana Lewis head sketch, I asked Chris Foreman to contribute to two of the jams I was starting that year. Nearly half-a-dozen years later, neither of those jams have appeared on this blog, and only one is even finished. It ain't this one, an ode to the Middletown Police Department, which I've lugged around to many shows without actually building on it in quite some time. With my other projects distracting me, I wouldn't hold out hope for 2020, either. Maybe I could at least start teasing out that other jam, though? Anyway, enjoy Officer Pat Brady, retired.

Chris Foreman
Posted by Diabolu Frank at 12:55 AM No comments: