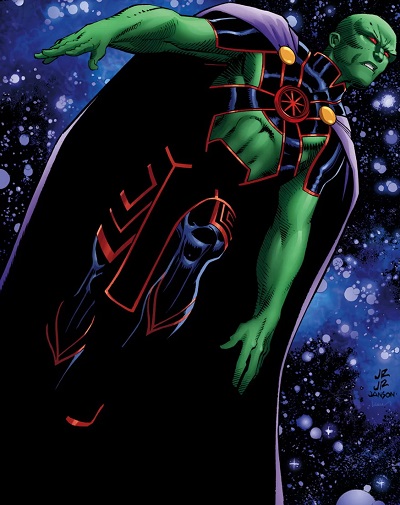 What do you think of J´onn actual main role in Justice League, and his relationship with Hawkgirl and new son of both Shayne? and/or his current solo comic book series