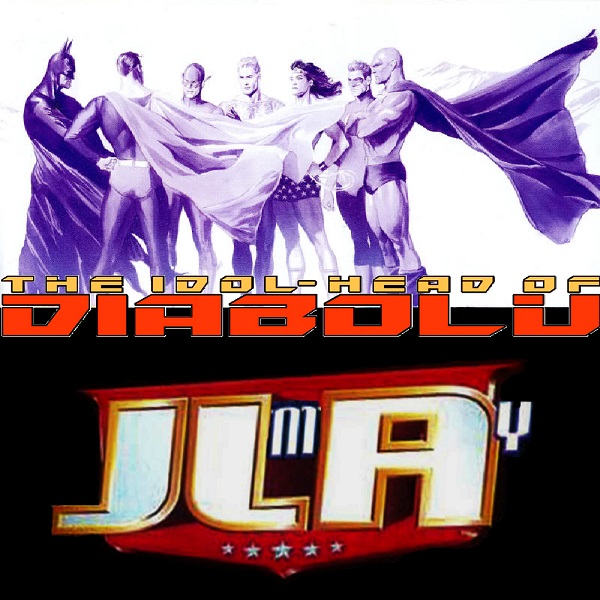 The Manhunter from Mars offers a supplement to JLMay-- The JLA: Year One Podcast Crossover Event! In the first edition of JLA: Day One (1961) Diabolu Frank discusses one of the single most important tales of the Sleuth from Outer Space, "The Unmasking of J'Onn J'Onzz," the solo story that made it possible for the Alien Atlas to join the JLA! We also look at the first version of the team's origin from Justice League of America #9 (February, 1962) with extensive critical commentary on the early years of the team and key revisions such as 1988's Secret Origins #32!

Posted by Diabolu Frank at 4:36 AM

Standard Frank knowledge bomb this episode. I liked the B'Rett story review most of all as I didn't know anything about it. Great to finally learn when J'onn revealed himself.

I think I was so floored by Justice League of America #200 as a kid that the Appelexian aliens will always be looked upon fondly. I think the tinkering with JLA history became necessary with the Crisis so I didn't mind the Canary inclusion in the new DCU.

But I agree, having every single super-powered being defeated by the tree guy does stretch credibility.

Anyways, thanks as usual for all the info!

Great show as always, Frank. I never knew that B'rett was from Eastern North Carolina. Sure sounds like he's from somewhere Down East near the South Carolina border. Maybe Columbus County?

Loved how you made Hatteras sound like somewhere Travis Morgan would fight a half-naked sorceress. If you ever decide to make it over to the beautiful #OuterBanks, here's a helpful guide on pronunciation:
http://www.dictionary.com/browse/hatteras

Keep up the good work. Can't wait for the next episode about the "Real" 1st meeting of the JLA.

Frank – Wonderful coverage as always! Very clever idea to do “Day One” episodes on previous JLA origins stories. Hearing your take on history, or potentially alternate history, always makes for fascinating listening. There should be a new term in the lexicon combining “Retcon” with “Frank”… maybe Revisionist-Frankism? A Frank-con?

Another possibility to replace Wonder Woman in the post-Crisis JLA origin could have been Zatanna. She’s a real powerhouse (as Wonder Woman is), and she’s only barely derivative of a male character (after all, in 1998 who really remembered Zatara besides Alan Moore and Mark Waid?)

Shocked me to hear my own voice on the episode, but then realized you were taking a dig at Aqua-rob for his dig at you. Well played. Notice I leapt to your defense!

Keep up the great work! Here’s to another 60 years of the Emerald-Hued Man of Tomorrow!