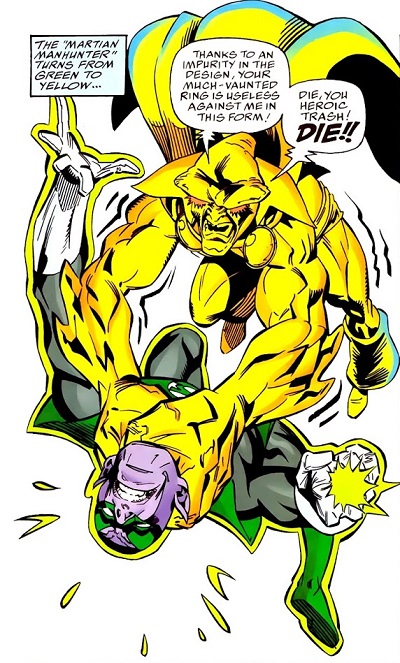 Given the viciousness reflected in this synopsis, you probably shouldn't be surprised that "The League Without Justice!" is credited to Mark Millar, Scot Kolins and Dan Panosian, although this was before Millar built his career on that sort of cynical sadism. Personally, I can't take it seriously enough to be offended, since this story is a retcon that was only barely in continuity before being forgotten by a universe later rebooted anyway. It's a broadly satirical trifle, so you might as well roll with it, although the cutesy Ty Templeton cover smuggles a (literal) gut punch (of an old lady) underneath its deceptive retro presentation.
Posted by Diabolu Frank at 12:00 AM