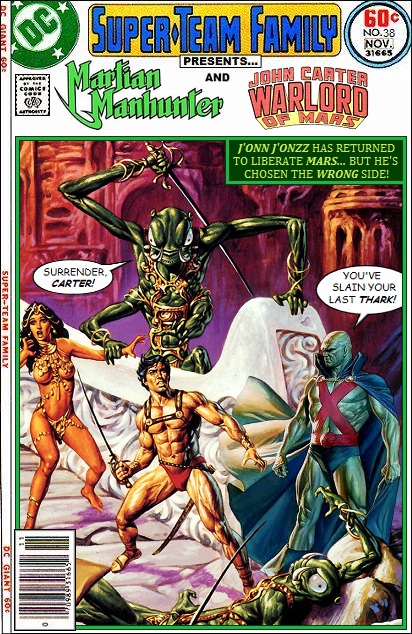 As I got away from writing posts, I likewise more or less stopped reading blogs. When Ross Pearsall of Super-Team Family... The Lost Issues! recently made a guest appearance on The Fire and Water Podcast, it reminded me that I hadn't exploited his fanfic team-up efforts for easy content in years!

One that I passed on covering for nearly a decade was John Carter, despite once harrassing his buddy Tars Tarkas. I remember having ancient Johnny Weissmuller Tarzan movies playing in the background to my less than rapt inattention when I was a wee lad, but I never had much use for Edgar Rice Burroughs. Blame Spielberg and Lucas, but I was raised to appreciate the bravura loving tributes, not the clunky source material.

It's a blog that I look at every day ,it's really cool.