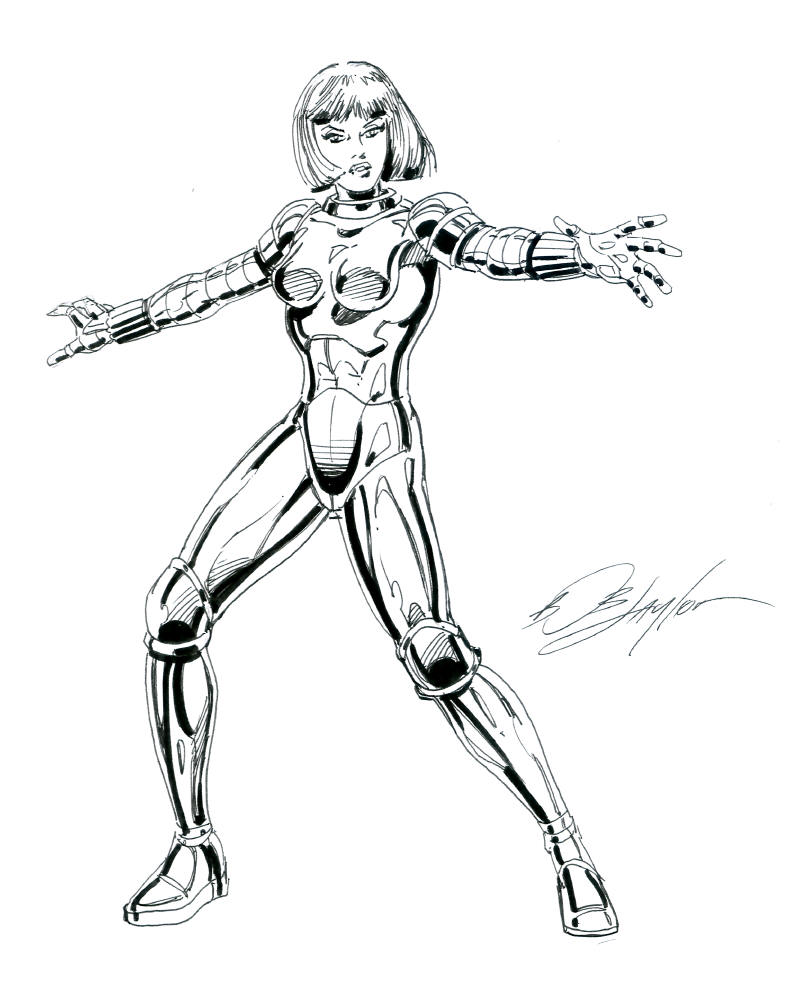 Bob Layton was in Houston back in 2011, and if there was one decision I agonized over that year, it was whether or not to get a commission from him. My first time getting commissions was the previous year, at the full-blown debut of Comicpalooza, which had previously been some little thing I'd never heard about held in a movie theater lobby and a mall. In 2010, that "débutante" big show drew all of 3,000 attendees, and I imagine that I was getting "market testing" low quotes. In 2011, attendance doubled, but I was still getting fairly meager quotes. I was in school, relatively broke, and had rarely come close to spending $100 on a single piece. I stood in the midst of the con floor in some sort of quasi-Aspergian fit, frozen with indecision as I weighed the pros and cons. Ultimately, I chose to get two other pieces for that c-note, Roderick Thornton's Scorch and Adrian Nelson's Bloodwynd, and I got good work as a result, but I never stopped regretting missing out on a Layton.

Two years later, con attendance is now in the neighborhood of 20,000, and the average price of a commission has similarly blown up. Guys I started out paying $20-40 now command $100, and the few I previously paid a Benjamin for now request the Franklin twins. The quality of the pieces has often risen commensurately, and thankfully my own resources have grown, so it's the new norm. When I saw that Layton was back in town, I did not hesitate to employ his services. Now I just had to figure out his subject. 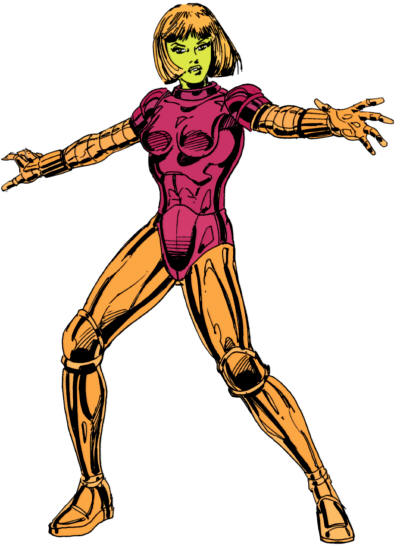 Bob Layton remains the Iron Man artist, thanks in part to being the guy who taught the industry how to draw gleaming chromed metal in pencil and ink. There's no shortage of armored characters related to the Martian Manhunter, and I assure you that I considered all of them. The sidebar of icons was the ultimate decision maker. Inspired by The Aquaman Shrine, I'd started putting figures there that linked to biographical pages of the sort Layton was no stranger to, thanks to his many entries in The Official Handbook of the Marvel Universe. One of the earliest icons I did was for Hunter Commander J'en, a Bronze Age love interest turned attempted assassin that I was fond of. I learned how to edit art on a computer as I went along with the blog, and while the quality Alan Kupperberg art I merged to create the profile image did an adequate job as a full body reference, my poor skills offered a crude representation of his work. That I further butchered it into a ratty little icon added further insult, both to Kupperberg and the character. In the meantime, I'd gotten a very nice J'en piece by Chris Beaver, but her body positioning made it look like she was trying to shoot lower seated characters with her ray gun. I needed to try again.

Layton and Tony Stark share a passion for lovely ladies and armor, so Bob was perfectly happy to take my request. We chatted a bit about his career before I handed him my copies of Justice League of America #228-230 as reference. Layton's a bit of a raconteur, capable of striking up a conversation with anyone, and it was no surprise that whenever I approached his table he was up to talking shop, getting hugged by a cute Asian girl, or grousing about the difficulty in realistically interpreting the anatomy of Rob Liefeld's Diehard (within earshot of studio mate Marat Mychaels.) One of my best friends' favorite character is Iron Man, and favorite run was Layton's, so they got along marvelously as Layton signed books meticulously sought out at the con. Unsurprisingly, J'en turned out great, but I didn't realize how much effort was packed into the piece until I amateurishly tried coloring every nook and cranny in MS Paint. Thankfully, Layton idiot-proofed the work, and J'en has gone from being one of the worst sidebar icons to one of the best. Now my only regret is that I didn't get a second commission, because there are so many other characters I want him to do!
Posted by Diabolu Frank at 2:10 AM