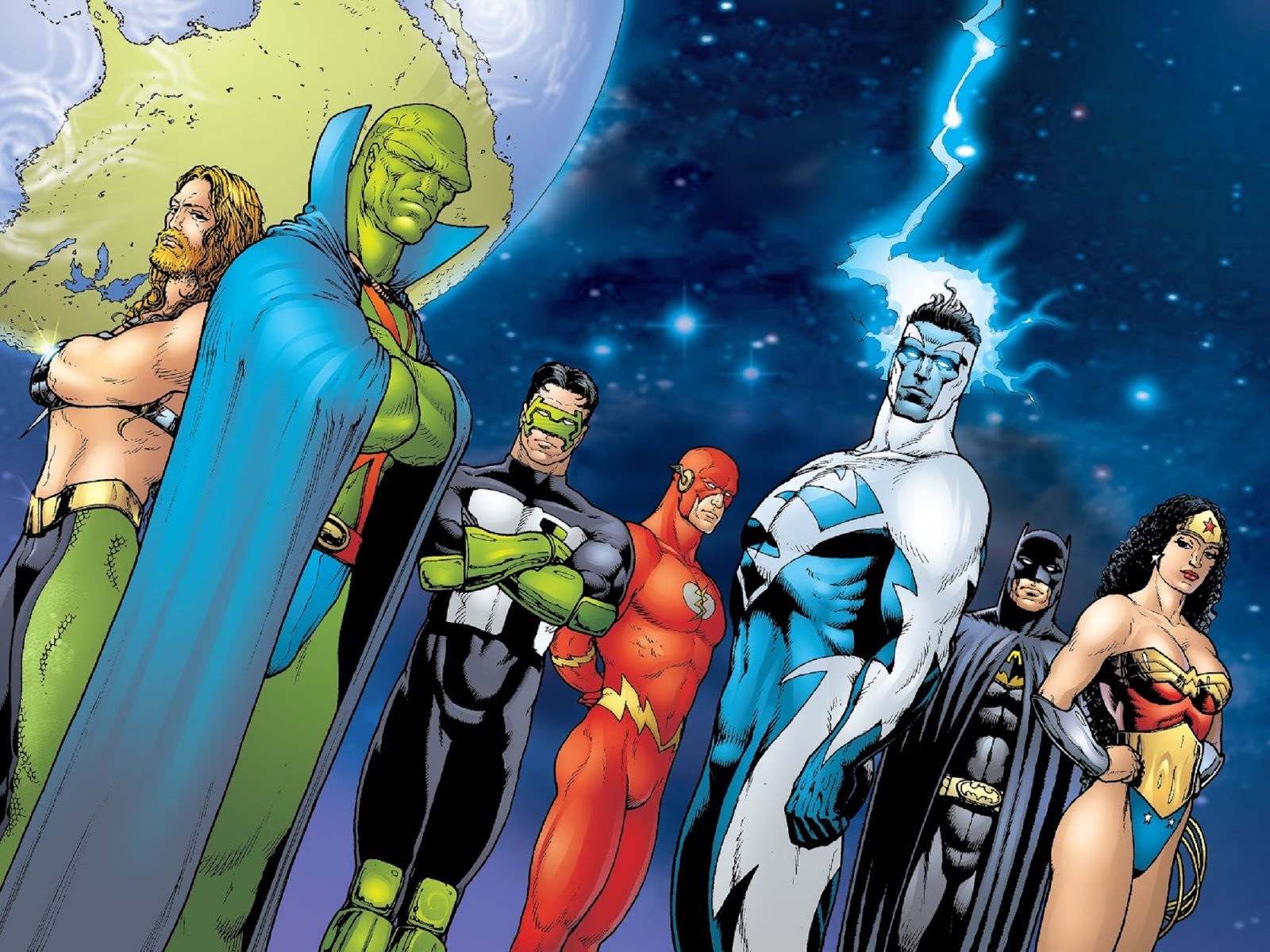 When JLA proved an unexpected hit for DC Comics, it took them a minute to, shall we say, "get their act together." For instance, there was a month-long gap between the end of the prelude mini-series Justice League:A Midsummer's Nightmare and the debut issue of JLA (though they did rush out a skimpy trade paperback collection the same month, and an even thinner collection of "New World Order" just weeks after JLA #4.) The first attempt to give a book that JLA bump with the branded logo was the final issue of Aztek:The Ultimate Man, which immediately became "hot" per the '90s authority Wizard Magazine. They repeated the following month for Resurrection Man #2. You have to figure they were testing the value of the Martian Manhunter logo on Green Lantern #87, but I'm thinking that had much less impact. The fifth issue of Adventures in the DC Universe also cover-featured J'Onn J'Onzz as the issue's star, which would normally seem a risky proposition for a new series only seemingly connected to the long-in-the-tooth Batman and Robin Adventures.

The full explosion took until July 1997, dubbed "JLA Month." Besides shipping two issues of JLA, including the start of the lauded "Rock of Ages" story arc, we got the team in Wonder Woman's "death" arc (didn't take,) an early Image Comics inter-company crossover in JLA/WildC.A.T.s, JLA Secret Files #1, and the JLA Gallery. As I've mentioned previously, "Midsummer" confirmed me as a Martian Manhunter fan, and I was immediately all-in for anything JLA, so I bought every one of these and more. When I started my first Martian Manhunter fan site twinnisum years ago, imagery from this time period figured heavily, both off the burgeoning world wide web and from my personal scans (always burdening people with actual scanners. Sorry guys.)

An absolute favorites of mine was the cover to the JLA Gallery, featuring one of my platonic ideal J'Onn J'Onzz images, even though Quitely rarely comes to mind when I'm thinking of favorite Alien Atlas artists. The unlettered art can be found in 2014's Graphic Ink: The DC Comics Art of Frank Quitely, and served as my desktop wallpaper for a bunch of months after I did so.

*I think there was a poster or something, too, but I've already wasted enough time digging through boxes trying to track down a house ad.
Posted by Diabolu Frank at 10:04 AM