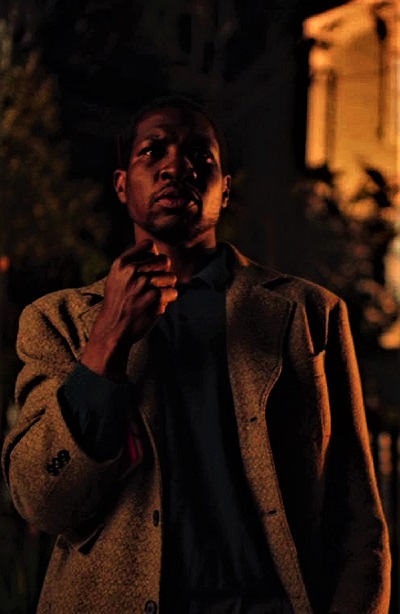 About every decade, I try to do a contemporary casting for the super-hero that I've devoted more of my life and resources to than any other. At the end of the 20th Century, my selection to play the Manhunter from Mars was Avery Brooks, whose last film role was in 2001 and who on my meeting him was clearly... eccentric. Still, various re-castings aside, he's always been the voice in my head when I try to "hear" John Jones. There have been other attempts made by fans online in the years since, with my personal favorite being Jon Hamm, given that he already played a variation on a period American Secrets-flavored take over eight years as Don Draper on Mad Men. That said, I don't see that there's any point in casting a tall brunette WASP for an adaptation from of a comic book universe that already has Superman. What are you going to do, play him as an exceptionally stupid and immature 14 year old in an adult body with implied superiority over a collection of final act POC supporting players who are granted only a single portion of his many powers?* In 2011, I settled on Lance Reddick based on the one season of The Wire I caught coupled with his being an internet casting favorite who openly expressed interest in the role. That said, I wasn't entirely sold on my own choice, and felt like my friend Ryan Daly did me one better by offering Giancarlo Esposito. Still, both of these guys were long in the tooth back then, and are now nearing federal retirement age. Notably, Hollywood seems to agree with our logic to seek out African descent actors, because in the years since these attempts David Harewood and Harry Lennix have joined Phil Morris in portraying the character in live action on television.** The whole reason for this post, besides being about time, is the first instance since Avery Brooks to call out to me for this role. I loved the early episodes of HBO's Lovecraft Country, and immediately noticed lead character Atticus Freeman's exceptional build. In my earliest days of getting to know the history of the Alien Atlas, Adam Benson had told me his fan-casting of the 1960s version that he grew up on was the 6′ 4″ decathlete Woody Strode. The visual similarity of their lean muscle may have initiated the association, but Majors' pensive portrayal sealed the deal. It's tough to act "thoughtful," and he nails it, but he's already offered so much more than that. We've seen "Tic's" righteous simmering rage, his uncertainty, and most his emotional agony at the loss of a loved one. I very nearly cried myself over that last one, and its the sort of reaction I'd want an actor to inspire when depicting the enormous tragedies of the Martian people. Also, he's only 31, so he'd be an excellent long term investment for the cinematic debut of the Sleuth from Outer Space in a slew of shared universe films. Sure, he's already been cast as Kang in the worst Marvel Studios franchise, but if a retired Batman can fight Spider-Man or Thor, the same tide can sweep back in the opposite direction. Besides, it's a Marvel villain. Who's even going to remember in five years? * Why yes, I did hate Shazam! very much.

** I know that stings, Snyder-stans, but it's no less true.

*** It's so sad that I have to copy and paste my posts into a WordPress comment now that Blogger doesn't offer spellcheck, but you get what you don't pay for, I suppose.
Posted by Diabolu Frank at 3:11 AM

please tell me that you will do more of these fan castings for his enemies & allies. this is really cool.