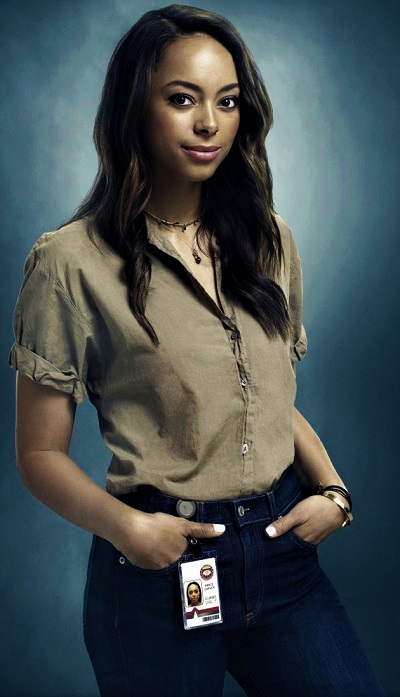 The first time I tried to cast a Manhunter from Mars movie in the '90s, I was too ignorant of his history to bother with Diane Meade, going with the more tertiary Cameron Chase to be played by Jennifer Jason Leigh (but I nailed it, right?) I also skipped her in the 2011 draft, though that was less a slight of the character and more about my fixation on sticking almost exclusively with other Martians (Bel Juz, B'rett, Ma'alefa'ak, Commander Blanx, ad nauseam.) Most of those picks hold up, although admittedly the actors themselves were often on the older side of viability even then. This time, I'm trying for a grounded and youthful approach geared more toward the detective than the alien, so naturally J'Onn's longest serving partner on the police force comes to mind. Ryan Daly offered Katee Sackhoff in his fan casting. For my fake Smallville spin-off "Middletown" I went with Victoria Pratt. I was supposed to cover the entire first season, but never followed through, and really wanted to recast with Courtney Thorne-Smith if the pilot had gone to series. Finally, for a batch of faux 1967 movie posts that I also never wrapped up, I selected Jill Ireland. Jeez, I'm the Rob Liefeld of fancast blogging. In 2020, I'm more conscious of "why should this exist" rather than "Joe Certa drew Diane to look like Kim Novak. How can I translate that to today?" It's really tough to insert diversity into a universe as lily white as DC's has been historically, which explains why there's been pushback to attempts like The Flash's that have left us with two distinct Wally Wests (which for my money is already two too many.) On the one hand, you've got sixty-some-odd years and hundreds of comics featuring white lady Iris West. On the other hand, how many super-heroes with lady reporter loves can you differentiate by hair color alone? As with the collective acceptance of a race-swapped John Jones without dudes in khakis getting up in Tiki torches, when a comic creation has made maybe 55 appearances in about as many years as a peripheral character to a super-hero with a modest cultural presence, Hollywood has a wide latitude in their interpretation. Aside from being a moderately recognizable brand that can be adapted for a budget-conscious production foregoing a Snyderverse scale with a greater allowance for authorial vision, the best reason to even do a Martian Manhunter movie is because you can be as race liberated as you want to be. I've liked Amber Stevens West in everything I've seen her in, she comes off as sharp enough to play a detective, but she also has a warmth that can off-set modern writers' annoying tendency to treat Meade as "Lois Lane on menses without Midol." I really hated the televangelist hair Riley Rossmo gave her in the recent maxi-series, and while the romantic interest angle isn't required, I do think that the tendency to treat black super-heroes as sexless in these adaptations is increasingly problematic. Since you can go colorblind with the Sleuth from Outer Space, I figure you should to serve an audience hungry for representation in this genre, and hopefully I can now stop being so Caucasian in bringing that up in each of these postings.
Posted by Diabolu Frank at 12:30 AM

Another great casting choice awesome job & for putting thought into these