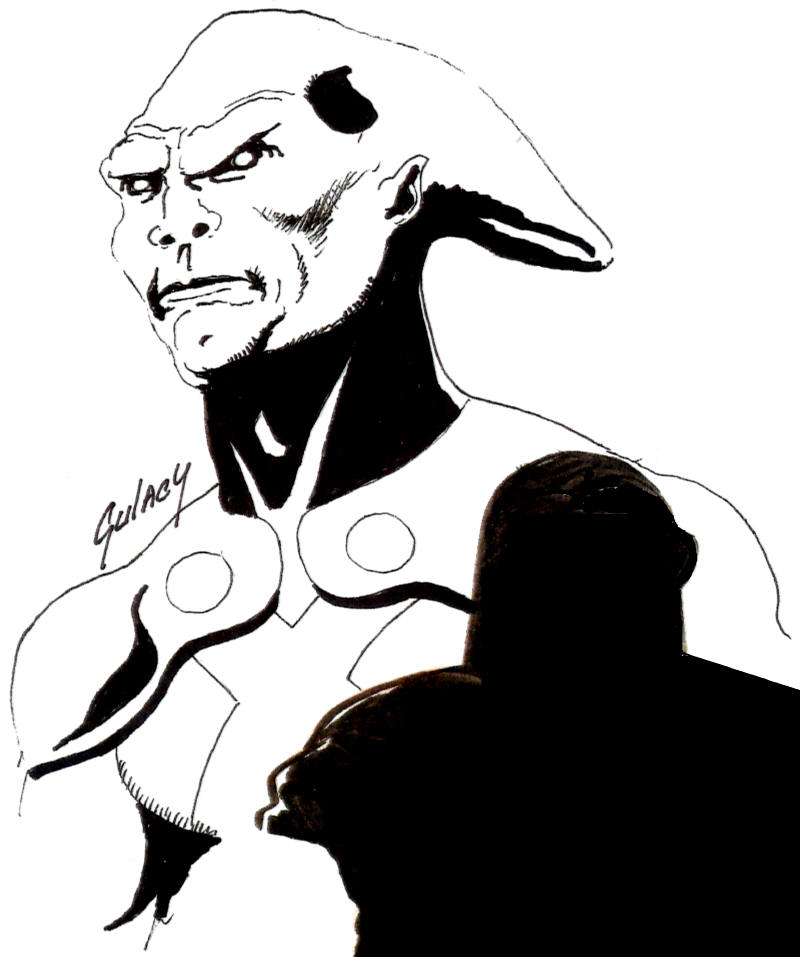 Telok'Telar is a White Martian who was captured by Cay'an, brainwashed into believing that he was a green-skinned Natural Martian, and sold to a government research lab. His normal form eventually reasserted itself, but not his mind, and he was institutionalized by J'Onn J'Onzz.

When it came time to get a grail piece from one of my favorite artists, knowing his work, the subject had to be a female. Gulacy ladies are the best, or in the case of the conniving Bel Juz, the worst. I had an opportunity to collect a second piece though, and figured to incorporate Gulacy into an artist jam project that was in progress. I wanted him to draw the Martian Manhunter without it actually being J'Onn, so Telok'Telar from the misbegotten 2006 mini-series The Others Among Us got the nod.