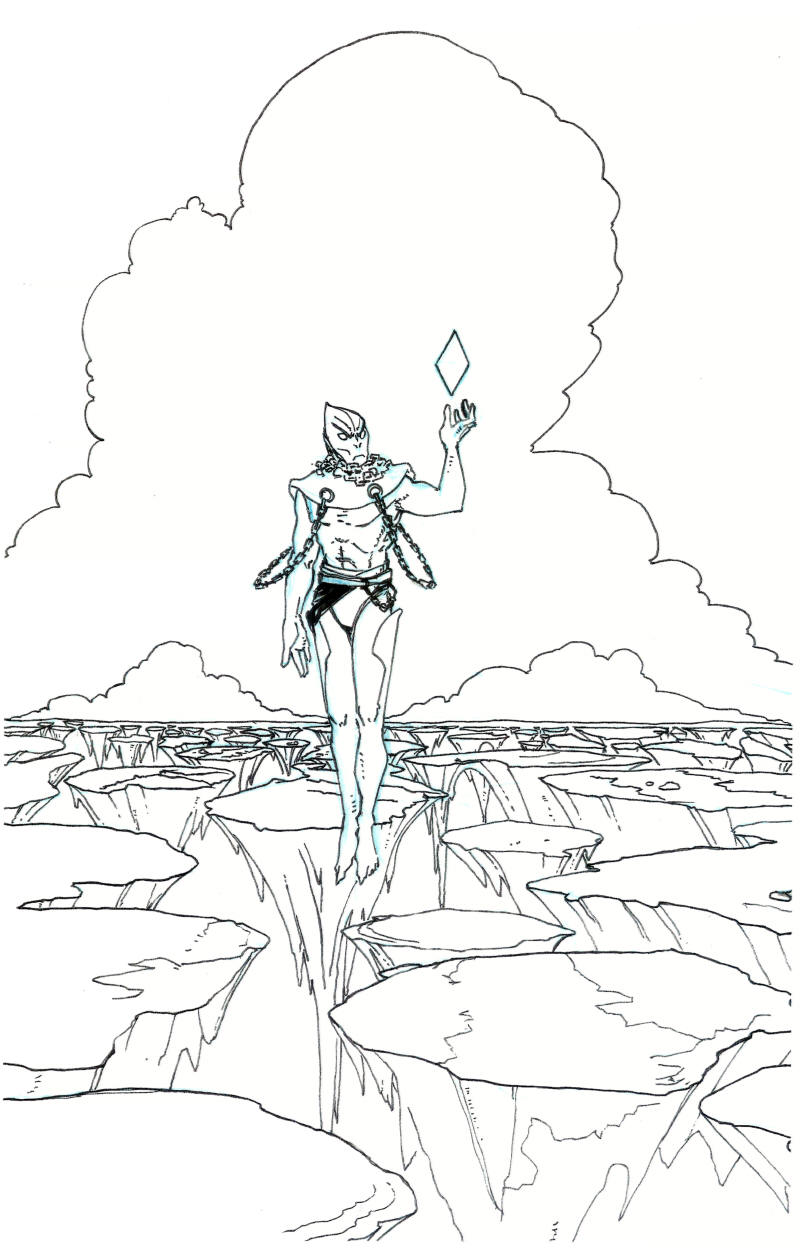 Ma'alefa'ak is the evil twin brother of J'Onn J'Onzz introduced in Post-Zero Hour continuity as the creator of "H'ronmeer's Curse," the plague that wiped out Martian civilization. As "Malefic," he continued to menace the Martian Manhunter until his apparent demise. To date, Ma'alefa'ak is the only villain created to fight the Alien Atlas to be adapted by an outside medium, via the animated movie Justice League: Doom.

After Ferry's jam contribution featuring The Master Gardener of Mars, I figured I'd get another good looking Who's Who style profile image, this time of Malefic. See, I liked the Doom cartoon redesign a little too much and gotten a bunch of commissions of it instead of how he looked in the actual comics. However, Ferry wasn't satisfied to meet that expectation, and instead exceeded it with a fully realized work of art featuring a sea of floating reverse-teardrop rocky (icy?) masses floating in midair while Ma'alefa'ak malefically (an actual word I had to research, because "meleficently" is not one) contemplates Jodorowsky's Incal as big fluffy clouds roll by. The Mœbius influence is obvious, and appreciated, because this piece is the closest I'll ever get to owning a Jean Giraud original. It's a beauty!