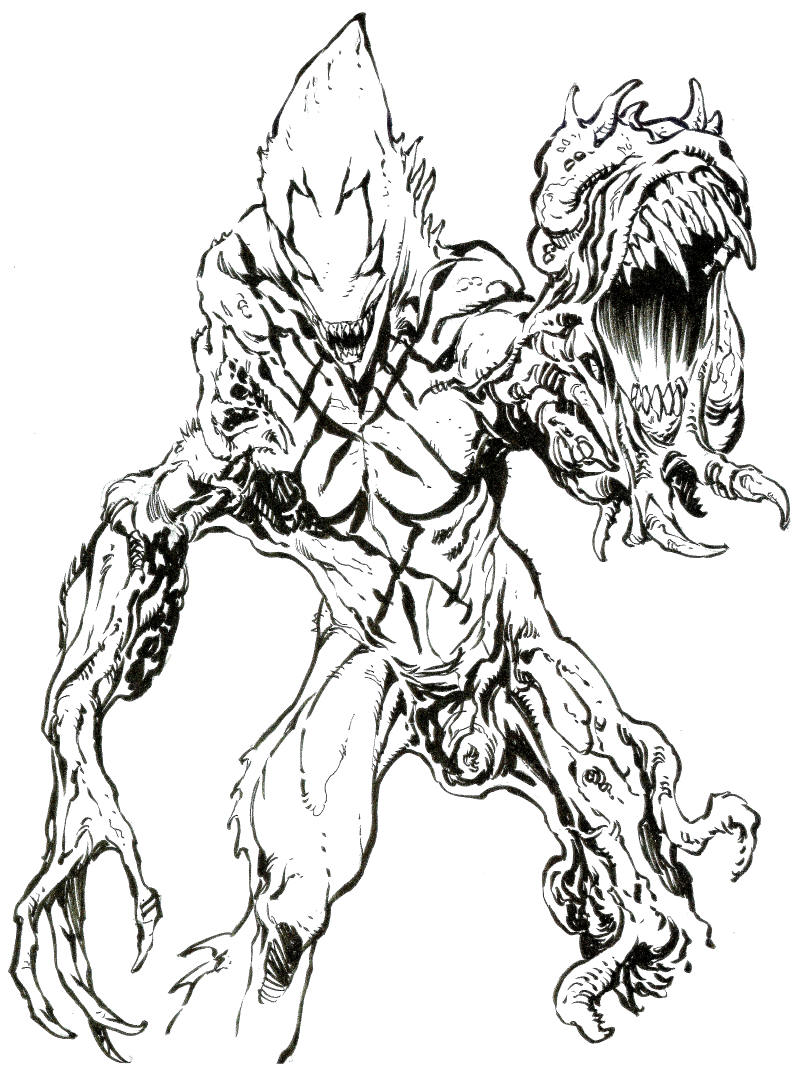 One of the obvious perils of buying many dozens of commissions and then doing nothing to catalog them over a multi-year span is that you start to get really fuzzy on the details. Some pieces I haven't run because they were by unknown artists whose work is unsigned. Now that's embarrassing. This one's not so bad, because I've been a fan of Tim Vigil since I conned my stepfather into buying a very age-inappropriate issue of Faust for me (plus pillaging Silverwolf Comics out of quarter bins after the black & white bust of the late '80s.) Just as a frame of reference, a fellow art collector I know that had a commission done ahead of mine showed me that she'd gotten an exceptionally well endowed nude (as in "Is that a python running down the leg?") hermaphrodite demon/vampire in recline (still comparatively tame for a Vigil, meaning something Vertigo or MAX or Dark Horse or IDW would never ever ever publish.) With an image like that, you'd think I'd remember which convention I saw it at.

Vigil doesn't particularly care for super-hero stuff, so I thought the body horror of shapeshifting Martian serial killer D'Kay D'Razz would suit him well. I regret the choice because I should have used it to start an all-villain jam instead of another one-off of the character after Austin Rogers and Lane Montoya already went there, and also because the piece is so sick with disturbing detail that I'd love to see follow-up artists try to match it. The piece is wicked, even though I do not want to know what's go on down there in its nether region...