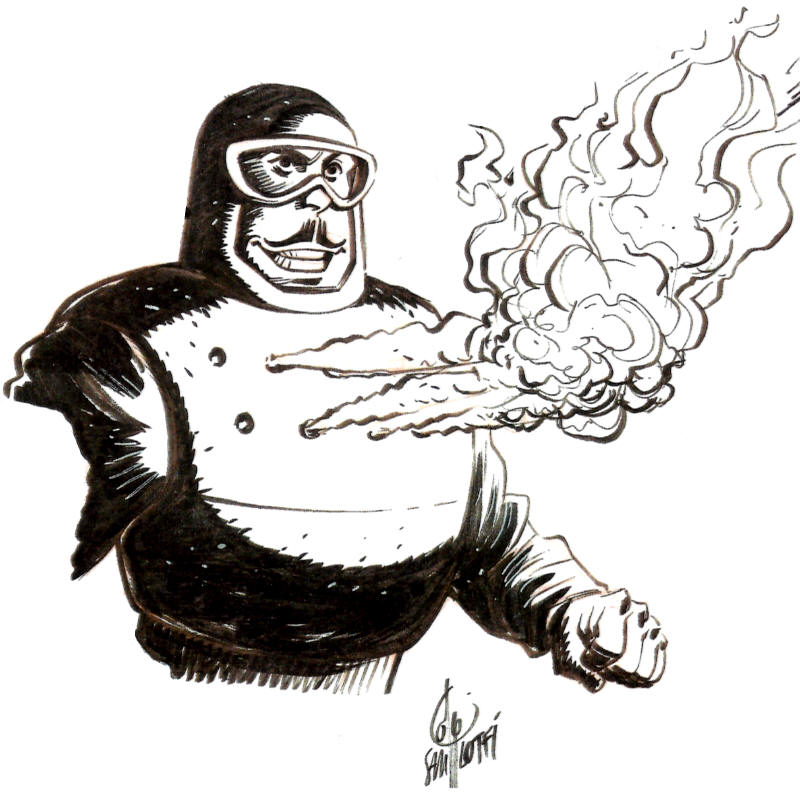 I've officially gotten too many commissions when I've got unfinished jams dating back over four years that I can only place and date by cross-referencing other portions of the same jam. Here we revisit Sam Lotfi, who has produced almost every one of his published comic books across his career since I spotlighted his take on TOR, the Robot Criminal of Mars, even though that was only a year earlier than this one. He's currently drawing Cyborg for Marv Wolfman at DC, by the way. Also, it's been a while since we talked Michael Miller hereabouts, and longer still since showing my other commission. I suck, I know, but better really late than never, right? Especially given how "never" my output on this blog was looking for a while there. Speaking of which, I still haven't started working on his profile page, a decade after Final Crisis.

Sam Lotfi
Posted by Diabolu Frank at 12:00 AM