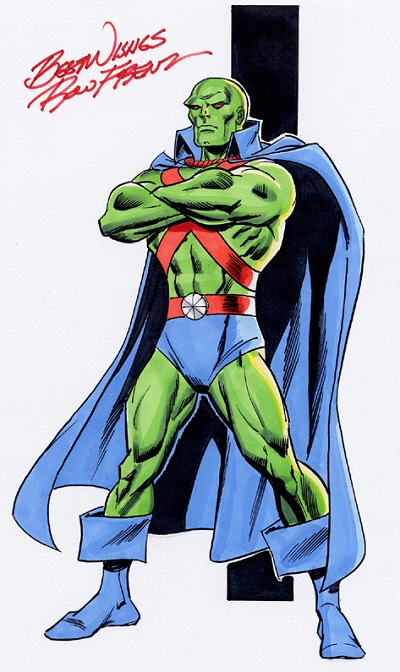 When I was younger, I wasn't that into Ron Frenz, and by the time of Image Comics, I openly disdained his "old timey" style. A mix of both Buscema brothers with a healthy dose of Kirby, a smidgen of Jazzy Johnny Romita, and a pinch of Jack Davis for flavor, I was clearly a tasteless idiot beguiled by excess crosshatching. Today I really appreciate his figure work and clear storytelling, but I'm especially amazed by how well defined his characters are. Frenz has a ton of full figure (often full color) character commissions online that I intend to repurpose next month, but he didn't make it too easy, because you can't pretend someone he's drawn is anyone else. If you're at all familiar with a character, they're so recognizable and perfectly on-model that you cannot confuse them with any other. Luckily, there was some stuff from pitches featuring obscurities and rejects that will come in handy. This is a fabulous Alien Atlas rendering, and as with Ramon Bernado on Justice League Task Force, that Buscema vibe fits J'Onn to a T.
Posted by Diabolu Frank at 1:50 AM