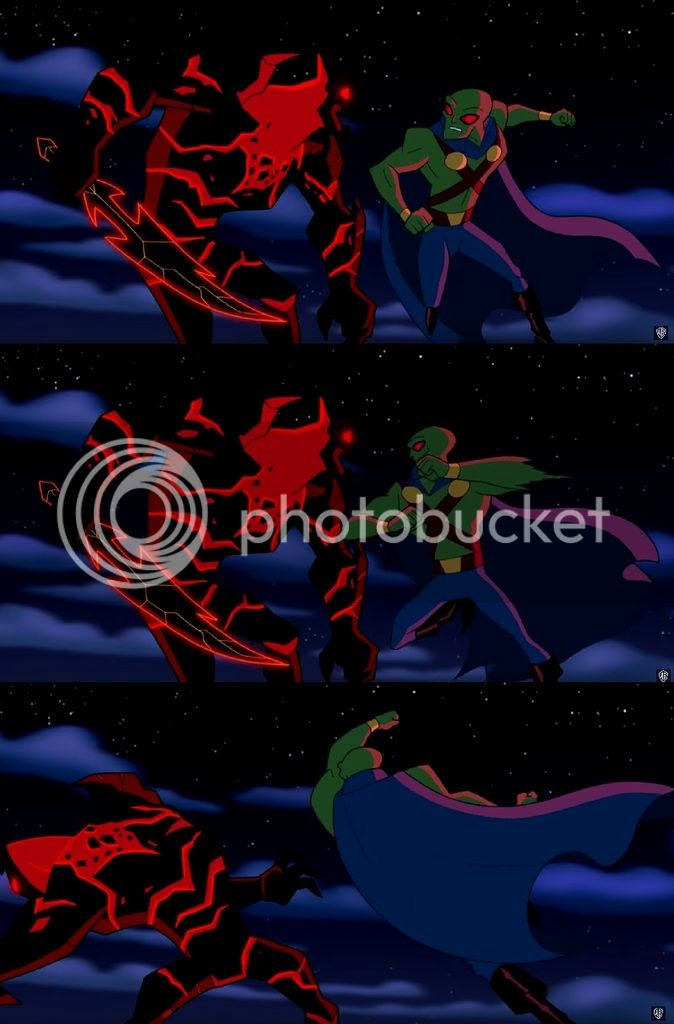 Voice casting has not been announced, but the look of the character hews to the short-lived Brightest Day design (sprinkled with gray alien) instead of the José Ladrönn look used on Young Justice, Supergirl, and the pre-Flashpoint quasi-Timmverse JLA DTV movies. Great to see Vixen in there! In tone and aesthetic, this series best recalls Batman: The Brave and The Bold, which I'd be on board for. I might even watch it as it comes out, which I haven't tried since the first season of the Cartoon Network Justice League.

Posted by Diabolu Frank at 8:27 PM No comments: