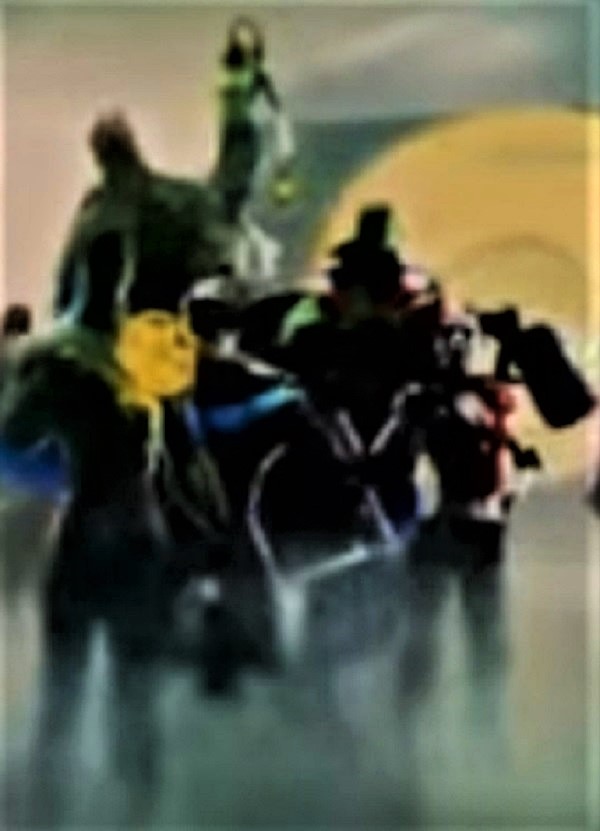 How big of a deal is this? Difficult to say. J'Onn is clearer and more visible than many of the characters here, and the more obvious inclusions all have representation in films, television, and/or animation at present. His appearances on Supergirl (also included) would seem enough to qualify him, given the presences of DC's Legends of Tomorrow's Firestorm, Hawkgirl, and Hawkman (as well as Green Arrow and DC Super Hero Girls' Bumblebee.) Still, confirmed film stars like Mera, Batgirl, Shazam and Black Adam are of similar standing in the intentionally vague group shot (as is TV's Black Lightning, admittedly) so place your bets and we'll see how it pays out...
Posted by Diabolu Frank at 4:18 PM No comments: