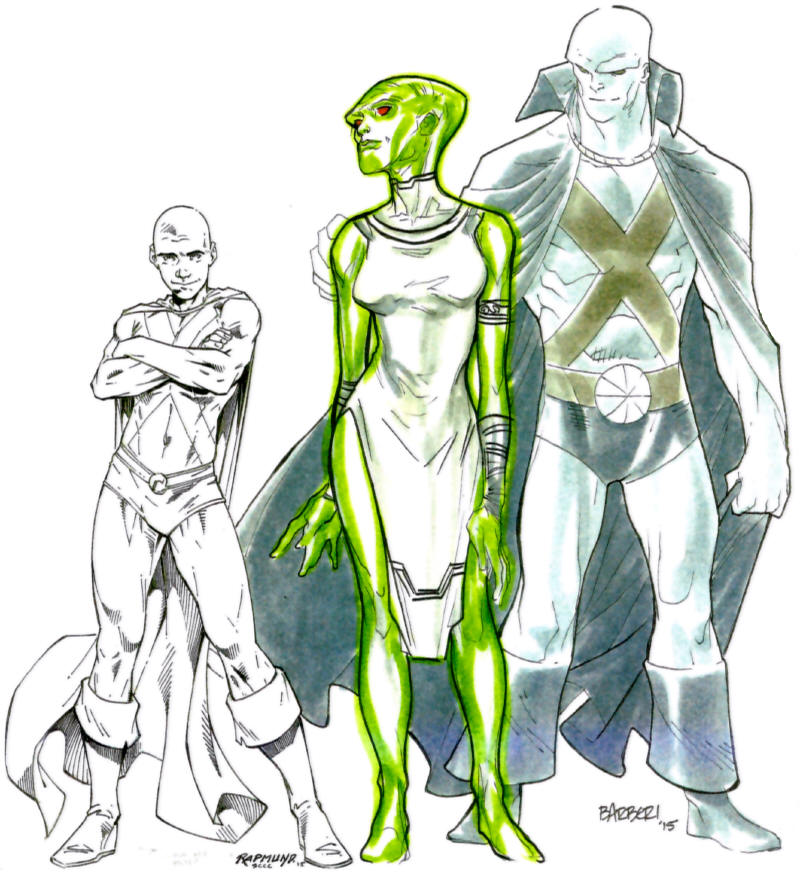 More from Carlo Barberi The J'Onzzes
Posted by Diabolu Frank at 10:49 PM No comments:

Frank summarizes and critiques the third issue of the New 52/DC You Martian Manhunter series by Rob Williams and Eddy Barrows! Plus, Martian Mail covering the 60th Anniversary Special (Part 1.)

Next to each other like this at the con. Thought of @CommanderBlanx pic.twitter.com/jW0zZk7Ayv

We enjoy dialogue on the red planet, so here are our non-telepathic contact options:
Posted by Diabolu Frank at 10:31 PM 2 comments: 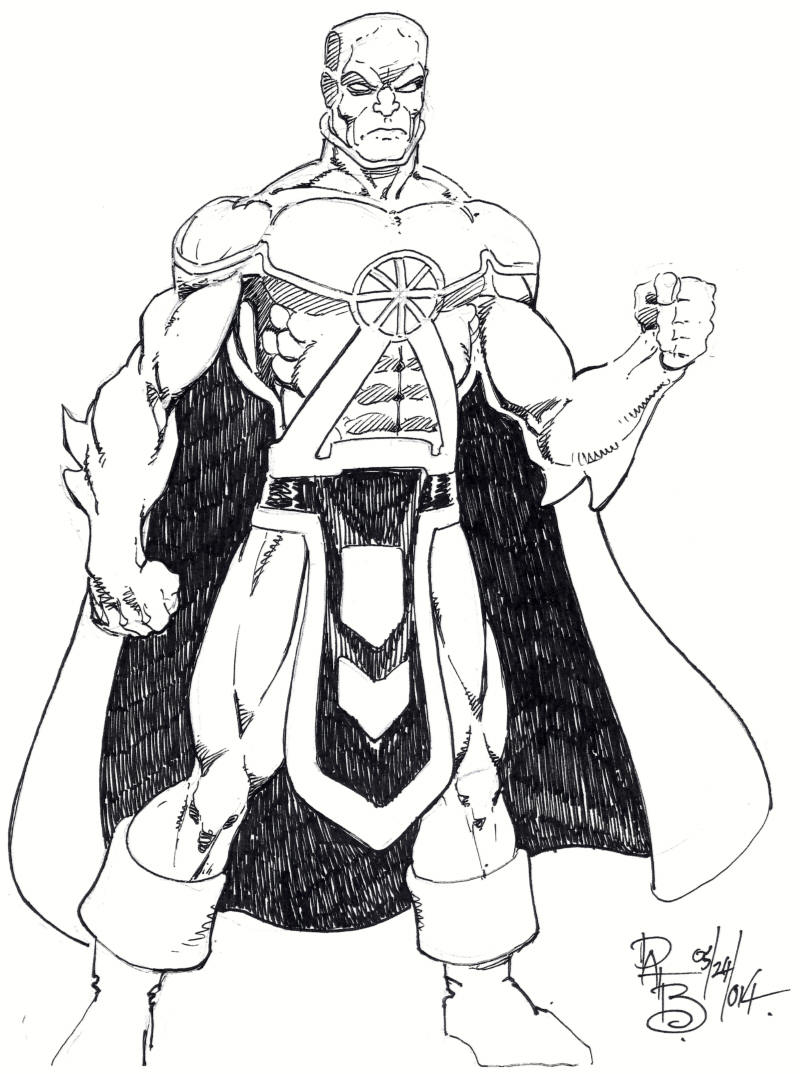 Did I say that I was going to run a J'Onn J'Onzz commission every day late last week, one from each year leading up to the anniversary? What I meant to say was that I'm very, very tired from working on the 60th podcast and it'll be a week from the day of my last post.

Pat Broderick was one of the first comic book artists that I was exposed to, thanks to my uncle having been a fan and having left and/or given me a bunch of 1970s comics associated with a mutual favorite, Jim Starlin. For instance, I at least got to read Starlin's Captain Marvel issues, and I recall having some copies of his successors' issues around the house, including some by Broderick and Al Milgrom. However, unlike with Starlin, there was a huge gap in time between inheriting those comics and having access to any more work by Broderick, which meant waiting until 1987 for my next major fix. The title was Captain Atom, which I totally bought into from the first issue I could get my hands on until I stopped finding it on the newsstand a few months later. Regardless, I loved Broderick's style and was always happy to see him turn up on later books. I finally got to meet him and his wife last year, found them to be pleasant folks, and picked up three sketches. I'd recommend anyone do the same, since they're quality, affordable, and quickly turned around, exactly what you want from a convention commission. 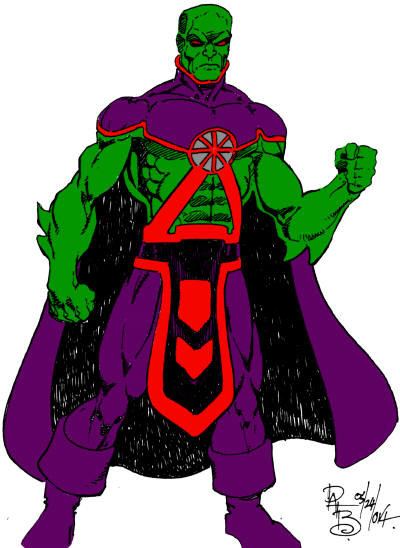 I can't recall if this was the first or second piece I got that year, but the idea was to have the modern New 52 version of the Manhunter from Mars strike the earliest pose anyone would consider "iconic" for a relatively minor super-hero property. All the way in the beginning, Detective Comics #225, Joe Certa drew a couple of shots of the Alien Atlas that were memorable enough to be homaged by later artists and even repurposed for a cover element on 1961's giant Secret Origins #1 which was later redrawn by Jerry Ordway for a 1998 replica edition. I didn't communicate the intention to carry on that tradition well enough though, so the result was closer to other pieces I've had done that were more akin to Official Handbook of the Marvel Universe entries of full figure reference shots. I still dig the piece though, especially the contemporary Manhunter design reinterpreted in the Bronze Age style I and many of my generation tend to favor as the flavor we were reared under.

As I've said repeatedly, I'm a fan and defender of Jim Lee's New 52 redesign, and feel the Sleuth from Outer Space has long needed a visual overhaul. That said, I still very much wish DC would allow the color scheme to revert back to shades of dark blue, as was seen in several of Martian Manhunter's early appearances in the current continuity. Once you color the suit purple, he starts to look rather derivative, and when you do it in old school flat colors by a period artist, it becomes really obvious that the Martian Marvel is in fact nigh identical to the version of Drax the Destroyer created by Starlin and later drawn by Broderick. Still, purple is a complimentary color, and Drax decided to become Riddick before making the leap to a highly lucrative major motion picture debut, so I can live with fly hand-me-downs no one else is using. Heck, even Hulk stopped sporting eggplant jeans ages ago.
Posted by Diabolu Frank at 11:28 PM No comments: