History:
Argus Weede was an extremely elusive crime lord in Middletown. He successfully kept out of the reach of the law through a complex system involving contacting his men via video conferencing or meeting them in person only through an indirect route to "contact stations." These stations included at least one highly advanced underground lair hidden below an artificial tree trunk elevator. Another base was established in a lushly decorated abandoned railway car.

The asset that most set Weede apart from common criminals was his interest in "black magic" and occult artifacts. These included a magical element Weede acquired which, if combined with the notable but seemingly powerless Wand of Wodessa, would grant spectacular abilities. A small time hood named Roy Roggins who had been refused entry by the Weede Gang heard about the gang leader's interest in the wand. Roggins stole the wand from an elaborate estate known to hold a collection of magical artifacts, but was greeted upon exiting by Weede's men. Also on the scene was police detective John Jones, who chose to address the situation in his secret identity as the Manhunter from Mars. Jones had been staking out the site in hopes of capturing Weeede, and the Manhunter decided to pretend the wand had powers in order to clandestinely follow his gang back to their leader.

Eventually, the hoods reached Argus Weede, who was able to guess at the Manhunter's plan. Weede took the Wand of Wodessa from Roggins, connected the essential magical element to the tip, and temporarily trapped the Martian Marvel. The Weede Gang then launched a crime spree that The Manhunter struggled to contain, thanks to a series of magical constructs. Finally, the Manhunter faked his own seeming demise, invisibly separated Weede from the wand, and delivered the lot of them to jail.

Powers & Weapons:
Argus Weede appeared to be a man of great resources, possessing a wealth of advanced equipment of unknown origin. With the Wand of Wodessa, Weede could animated objects like statues of Civil War mounted soldiers, a humanoid champion made of raw electricity, and a smoke creature to do his bidding. The Wand of Wodessa could also levitated, collapse, explode, and otherwise broadly manipulate objects with enough force as to briefly contain a powerful Martian hero.

Quote: "I've got as many tricks up my sleeve as the Manhunter has!" 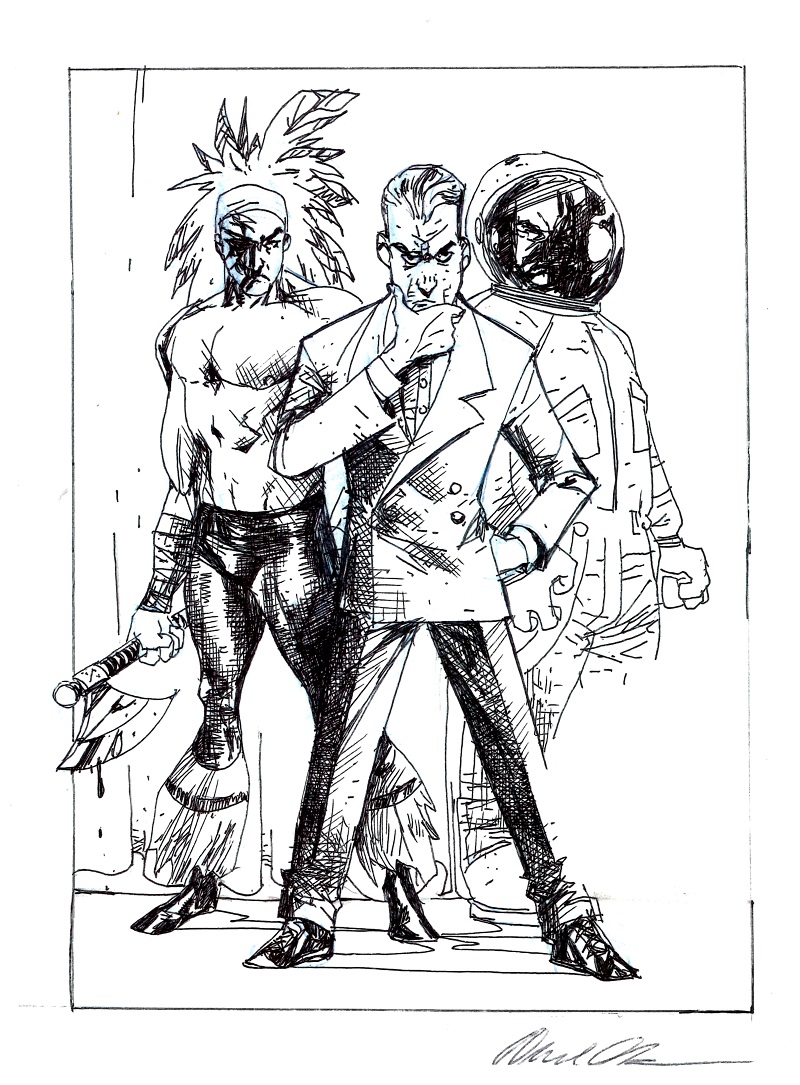 After I forgot to collect my copy of Showcase Presents Martian Manhunter volume 1 and a jam piece from Antoine Mayes at one convention, and then he didn't have it with him at a second convention, he flagged me down at a third convention he wasn't even exhibiting at to get the abandoned items back to me. It worked out very much in my favor though, because besides enhancing the jam piece, Mayes had taken advantage of the reprint volume to more fully realize his own version of the Porto jam from scratch. Here he offers a distinctive “The Man of 1,000 Disguises” pondering his next bit of costumed camouflage while flanked by figures from his past misadventures, the Native American and the spaceman. Mayes had some loose ideas for additional touches at the bottom right (I seem to recall something about an orb) but as this was just a fun unsolicited sketch do-over, it was ultimately left as is. I really enjoy Mayes' angle on the character and the cool rendering of the alternate identities, making relative Mort Porto look more like a contender. I swear, Mayes has more imagination and talent with a ballpoint pen than a lot of more seasoned pros have with pricey tools... Antoine Mayes
Posted by Diabolu Frank at 12:18 AM No comments: 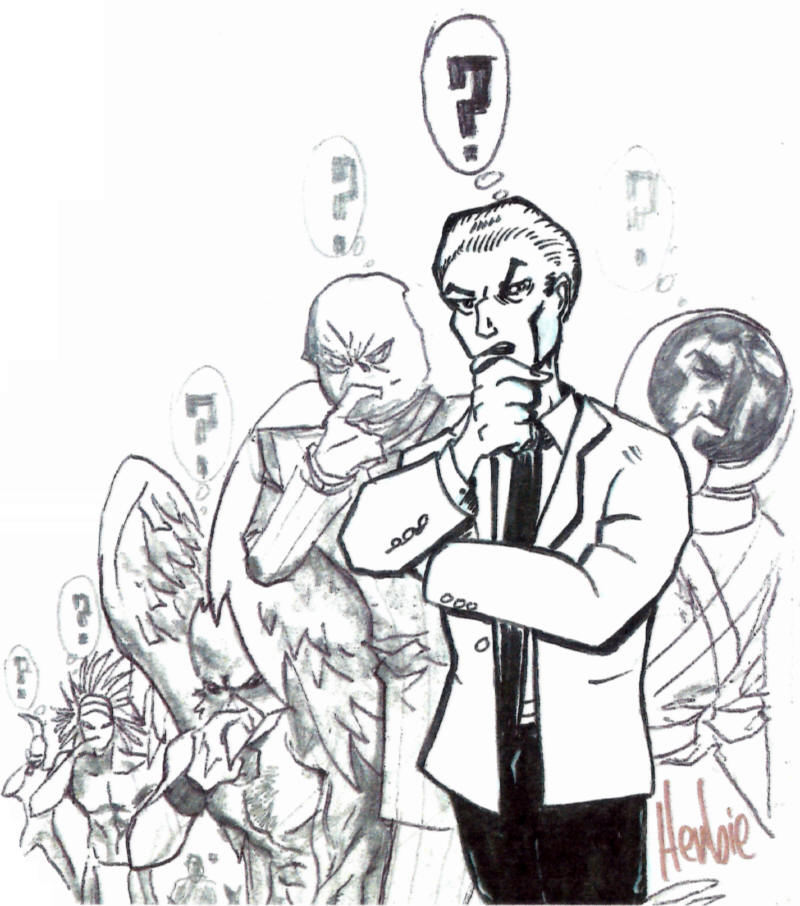 There was a long delay both between the efforts of Rivera and Mayes and between initiating the commission and receiving it. I chose to make this the first new art posting since September 30, 2016 because it works so well symbolically. While it wasn't my intention, this blog went nearly a year with barely any updates, and in the meantime Photobucket ceased to offer hosting for the thousands of images that I used to illustrate this site across its now ten years in existence. Jeez, if I'd realized we'd hit a decade, I'd have gotten a post up on the first, our actual anniversary. Eh, I'm not much for pomp anyway. Point is, I'm now reclaiming this blog, slowly fixing what's been broken in my absence and returning to weekly posts. The podcast should be back on a seasonal schedule by Halloween with a special guest, and I've begun daily updates on the salvage efforts on Twitter. I appreciate your patience, and hope I can dazzle you the way Mayes dazzled me...
Posted by Diabolu Frank at 2:15 AM 1 comment: