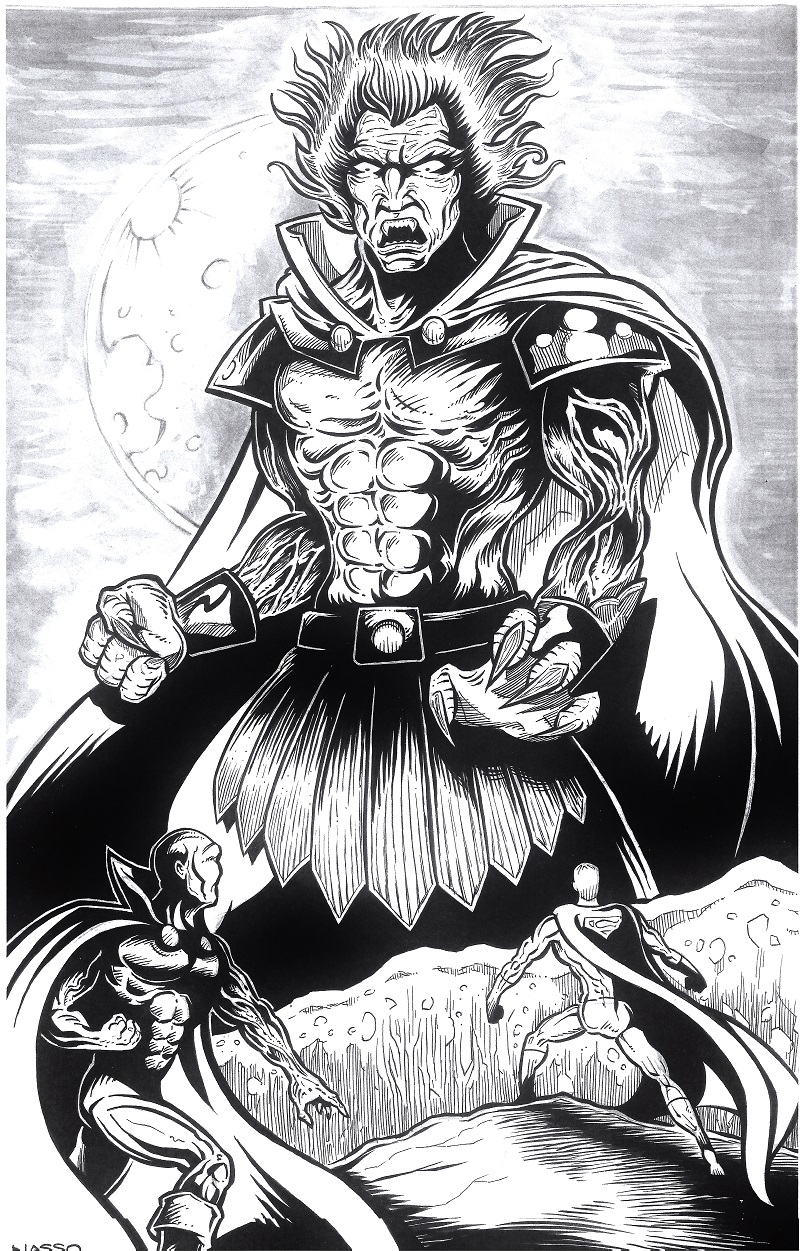 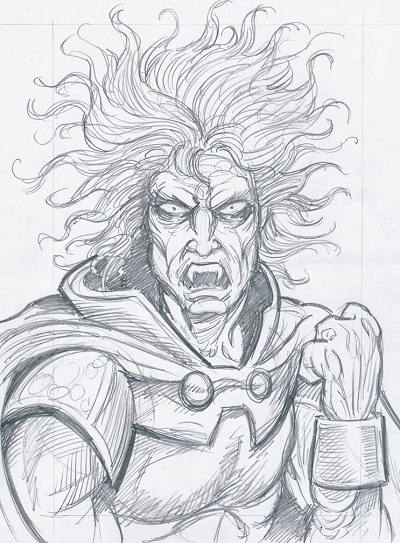 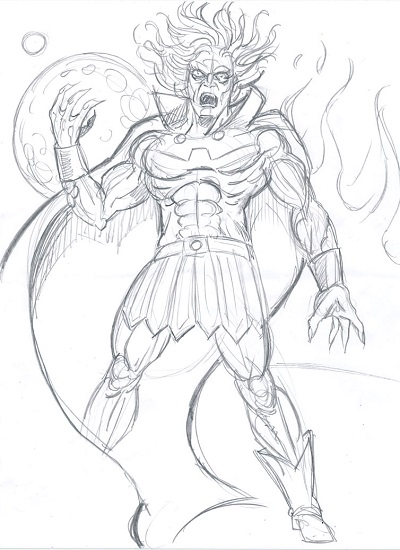 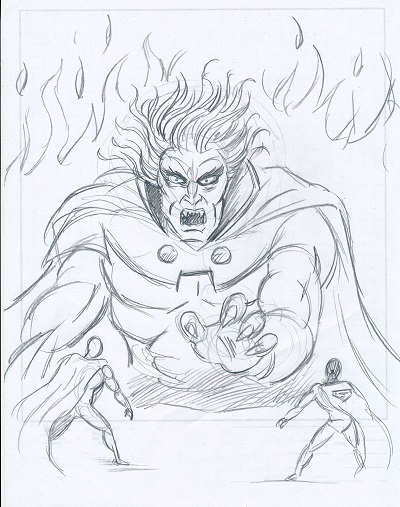 Mark Nasso
Posted by Diabolu Frank at 11:28 PM No comments: 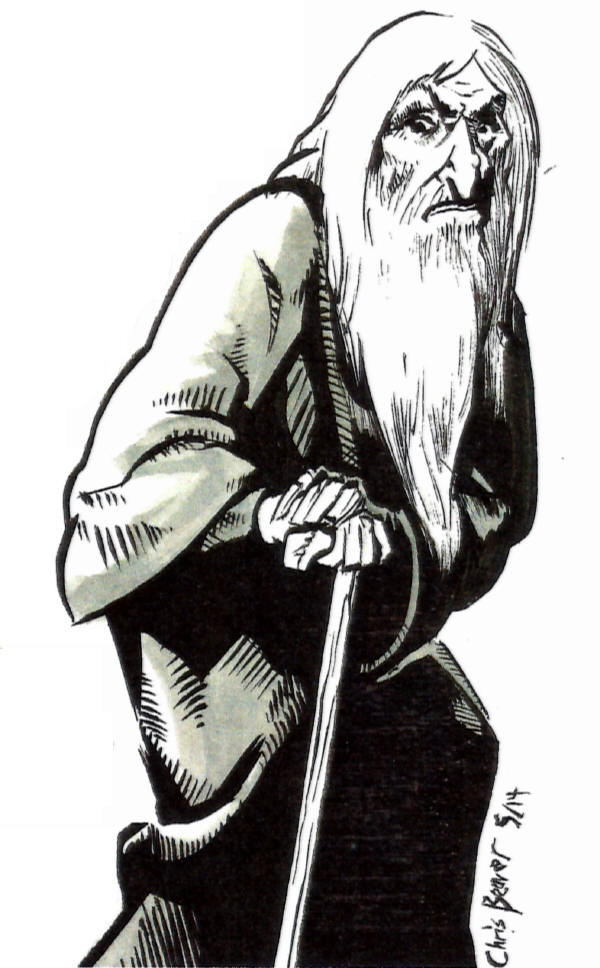 Here's another one of those regrettable post omissions. In the six years since Chris Beaver produced a glorious Kishana Lewis Commission, I've never given him another full color, take-home piece, and despite his being one of the first contributors to my various jam pieces, he hasn't had any work posted here in over three years. But hey, here's his take on the blog's namesake, Diabolu, which is also the last element in the given jam, so at least I can get the whole work up soon. Chris Beaver
Posted by Diabolu Frank at 1:55 AM No comments: 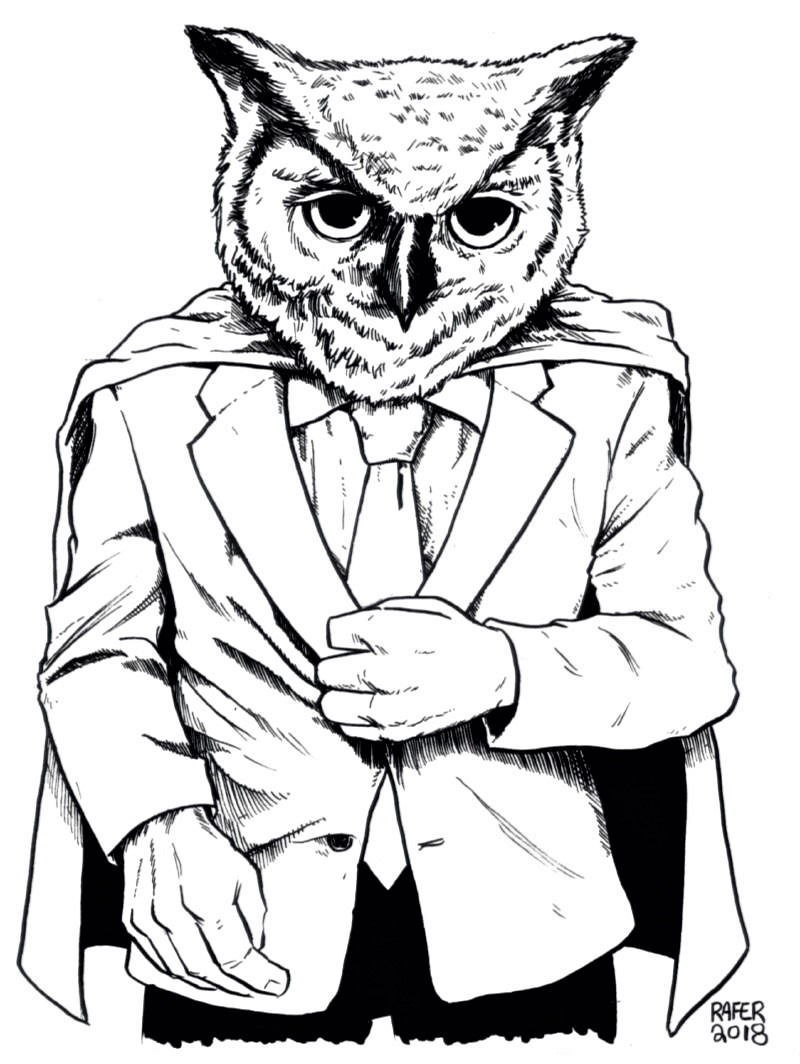 Funny story-- while on a road trip through New England, I angled to barely touch New Hampshire and blow off Vermont entirely to shoot straight to Connecticut for TERRIFICon. Hey, you vacation your way and I'll do me. Anyway, of the three artists that made the con a must, two cancelled at the last minute and the third wanted me to contact him for a commission through his site (and I have a strong aversion to mail order.) Sigh. I still got some great pieces, and more importantly, the show had the highest concentration of quality inkers per capita of any show I've attended. I had several pieces I needed properly finished, which really put it over. We only had one day to spare, so my girlfriend was helping me locate the inkers I sought, and pointed out one after I'd had trouble catching him at his table. We talked about whether he'd be interested in embellishing a piece, and if he had the tools with him to do it, and were about ready to work out a price. However, he mentioned that he rarely/never inked anyone else's work, which rang false. As it turns out, my girlfriend had fingered the wrong artist, and since I'd gained some weight and he'd lost some, neither of us recognized that we'd already met a year earlier in Houston. Long story longer, Rafer Roberts has worked on the Valiant series A&A: The Adventures of Archer & Armstrong and Harbinger Renegade, as well as the Exploding Albatross Funnybooks series Grumble whose first issue had been sent to me in a care package from Evan Dorkin (who had supplied a variant cover.) I enjoyed Roberts' mix of indy aesthetic and mainstream chops-- one of those guys like Michel Fiffe, Tom Scioli, and Ed Piskor that could dance between both worlds. I find that hybrid approach works well with the Silver Age Martian Manhunter rogues gallery, and after a bit of deliberation, The Human Falcon was chosen as his subject. I like Kiriska's headshot, but wanted to see him more fully embodied. Roberts delivered, recalling one of my favorites, Cody Schibi's Mr. Moth. It's two professional men in suits with whacked-out inhuman heads, but where Schibi's is a coked-out Cronenberg (you can almost hear James Wood's voice,) Roberts is more of a Wes Anderson stop-motion tweed gentleman thief who just happens to go full bird out the neck (whaddaya think? Schwartzman? Norton?) Anyway, I love the piece, but like too many others, I've been sitting on it for a while. Once we recognized each other, Roberts recalled being very happy with the Falcon piece, thinking it was one of the best he'd ever done at a con. He asked me to send him a scan and a link to the blog when I posted on it. Better late than never. Oh, and I did get another piece, this time Professor Wickwire holding the orb, that I'll share at another place & time. It's swell too, but all in all, given how the inking job turned out with that other artist, I'm a little sorry we didn't stick to plan A. Rafer Roberts
Posted by Diabolu Frank at 10:46 PM No comments: