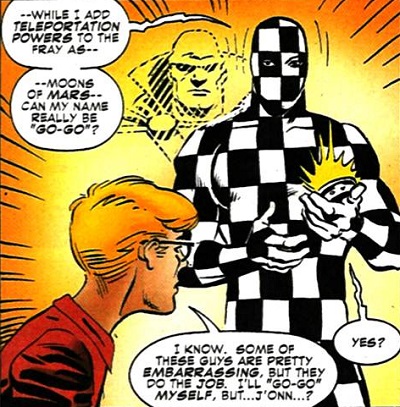 "S.O.S. to Nowhere!" was by Mark Waid & Eduardo Barreto.
Posted by Diabolu Frank at 1:36 AM No comments: 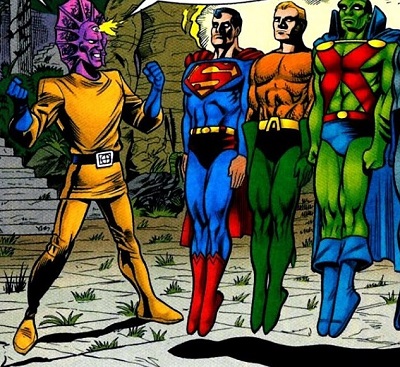 Prior to the events in the main crossover, Agamemno was depicted conquering a world by pitting its populations against one another. This was just another in a series, but among his victims was one who challenged him with legends of a Justice League mighty enough to defeat Agamemno. This peaked his interest, and though the League's home world was not known in this place, they knew of a past encounter with Kanjar Ro. Him, Agamemno knew of, and captured his enemies Hyathis, Kromm, and Sayarr as a token of appreciation for directions to the League. After his multiple defeats at their hands, Kanjar Ro was only too happy to help, and warns of the need to be especially careful with the three most powerful heroes: J'Onn J'Onzz, Green Lantern, and Superman!

Meanwhile, the Justice League of America were on another alien world, following up on a priority one alert that had been sent to them by Hal Jordan. The team split up to investigate, and J'Onn J'Onzz soon felt "something... familiar... a powerful psychic force." J'Onzz threw caution to the wind in pursuit of this force, and was swiftly captured alongside Superman, Aquaman, Batman and Green Lantern by Despero. "The ancient race that ruled this star cluster eons ago used this world to bury their countless dead. I think it will make a fitting tomb for all of you, as well. Don't worry, I'll be ensnaring the others shortly."

Green Arrow was still free as he gazed from what he thought was a safe perch, but he was detected by Despero, and prevented from firing on the Kalanorian by his hypnotic third eye. However, the Emerald Archer could fire a strobe arrow at his mesmerized teammates, freeing their minds so the rest could follow. Martian Manhunter, eye ablaze, angrily affirmed "No Despero, not a second time. You caught me off guard before, but now I've prepared a mental screen to protect us all from your trance. I think it's time to surrender!" Despero tried to escape, but his illusion powers failed him against Superman's x-ray vision, while the Atom delivered a knockout punch.

Disguised as a statue, Agamemno observed that this League was just what he needed for his plans of widespread conquest...

"The Silver Age" was by D. Curtis Johnson, Michael Collins & Vince Russell
Posted by Diabolu Frank at 12:00 AM No comments: 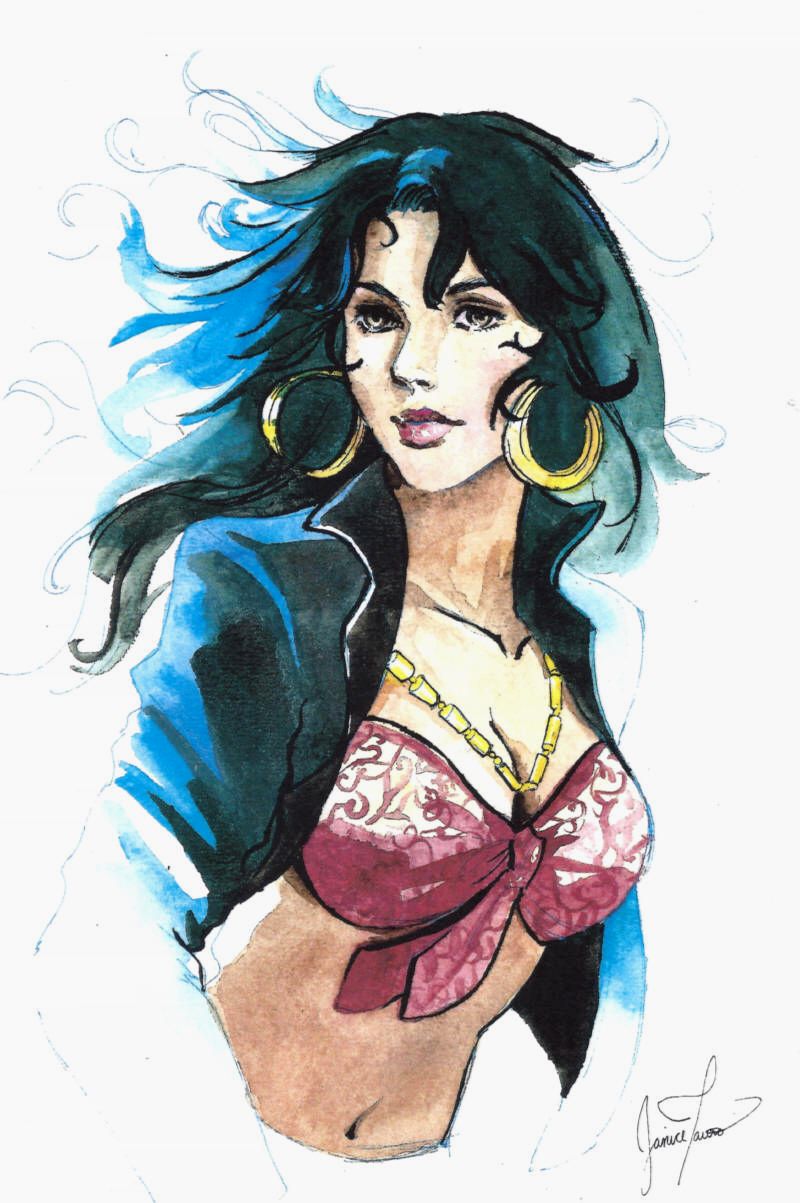 Journey Bunny
Posted by Diabolu Frank at 12:00 AM No comments: 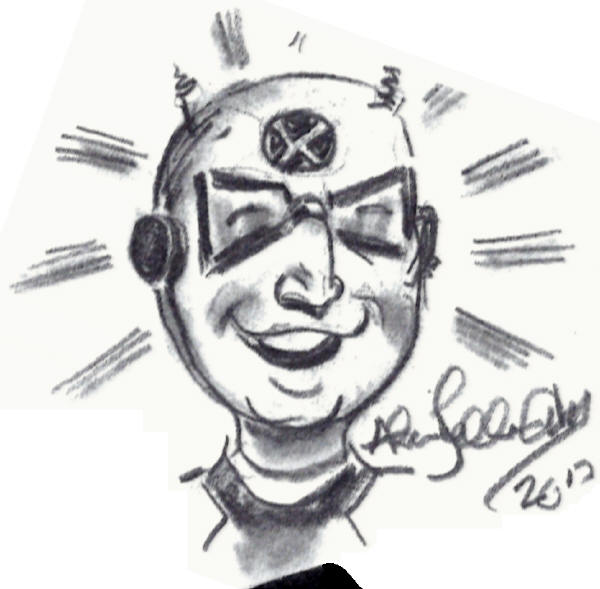