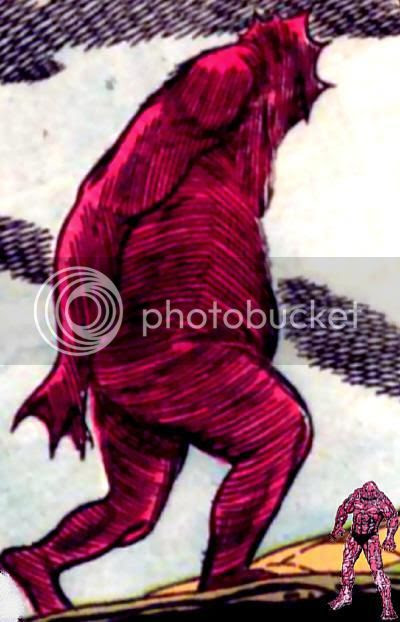 Bio:
Hatched from an egg to destroy all in its path until vaporized by water.

Bio: German miner caught in a cave-in and exposed to radiation. Barely surviving, was experimented upon by General Zahl until he became a hateful mass of deadly protoplasm directed against the Teen Titans.


Idol Speculation:
This was another instance where I had a wide range of options for the fight, as lightweight as Tar Pit and as heavy as Clayface. While I liked the idea of petrifying some clay,


Create your free online surveys with SurveyMonkey , the world's leading questionnaire tool.
Posted by Diabolu Frank at 12:00 AM