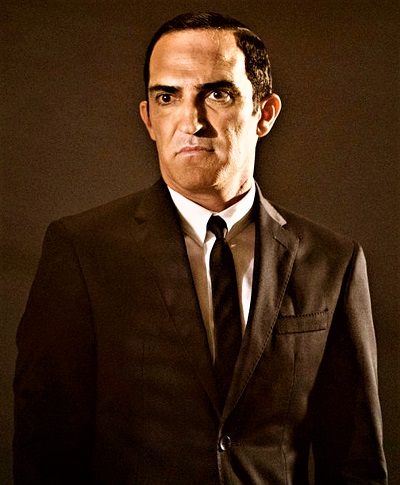 I can tell you the exact moment that I lost the thread on the 1968 movie casting. It was the abortive spotlight entry for Anthony Perkins as Prof. Hugo. At some point, Hugo was going to or already had kidnapped Diane Meade. I had recently read Kurt Vonnegut's Slaughterhouse-Five for the first time, and was tring to come up with some way to paraphrase the passage "She was a dull person, but a sensational invitation to make babies. Men looked at her and wanted to fill her up with babies right away." Beyond wanting a tall, lanky performer and not having the strongest command of obscure 1960s character actors, I thought casting a bisexual performer would help to take a bit of the edge off a line intended to show the attitudes Meade faced as a period policewoman (and the menace Hugo represented.) That said, neither the actor or the character of Hugo really suggested that was an appropriate interpretation, and I felt skeevy about it without ever quite being able to let the impulse go. I also couldn't connect the dots between where I was and where I wanted the story to end up. Point being, I like Perkins and didn't want to besmirch his memory with ill-considered shenanigans. I also appreciate Hugo too much to hand him a mentality better suited to Dr. Psycho. And this is a bone of contention with me, because the proportions of Hugo were a bit wonky in his debut Batman story. This led J. Bone to render Hugo a midget in his first comic book story in over forty years. So there's a Dr. Psycho comparison. And of course he's a super-scientist with a violent aggression directed at an extraordinarily powerful alien super-hero, a hydrocephalic Lex Luthor to go with Superman Green. It's easy to dismiss Hugo as a derivative goof. The Joe Certa drawn Hugo appearances in the Manhunter from Mars strip, easily the largest body of work representing the character, demonstrates that "The Wizard of 1000 Menaces" is built more like Jack Pumpkinhead. His first campaign of terror on Gotham City was his most audacious, and he got beat by two non-powered vigilantes, one of whom couldn't legally drive yet. Given that his origin was so tied up in Gotham itself, it's weird that he never had another story set there. Also, he traded Batman & Robin for the Martian Manhunter, and I imagine whether you see that as punching up or down from the Dynamic Duo will shape your view of Hugo. My take is that Lex Luthor is a mad science would-be Caesar-- a De Niro or a Pacino or a Brando-- perhaps a Hackman would be most apropos? Hugo's a Joe Pesci. He's never going to be a Don, but he's a viscous bastard who demands a measure of respect or he will put some kind of hurt on you. When I was going to do the fake Smallville spin-off "Middletown," I really wanted Joe Pantoliano for the part, and he's still sort of my ideal in the way Avery Brooks is for J'Onn. For a while there, I had Sam Rockwell in mind, but he's too darned endearing and really just plain too famous at this point. His comic book character is Justin Hammer forever, anyway. Then I saw Jimmy Barrett on Mad Men, and was reminded of Hugo. Barrett was a Rickles-style insult comic who was an even bigger jerk off-stage. Barrett had the swagger (and powerful connections) of a Rat Packer, but y'know, more Joey Bishop than Frank Sinatra. The actor Patrick Fischler even looked a lot like the Certa Hugo with those big blocky eyebrows of his. When he turned up years later as a very different character on Twin Peaks: The Return, I still recognized him as my Arnold Hugo guy. He's got the right look, accent, build, and makes me think of Hugo whenever I see him.
Posted by Diabolu Frank at 12:14 AM

Did you ever see the show HAPPY? In it he played a viscous hit-man/enforcer, very evil a guy that you love to hate. Now will he have CGI on his head to make it larger?

I'd pass on the CGI and just let him be an evil inventor with a normal head. I've never watched anything from Happy past trailers.