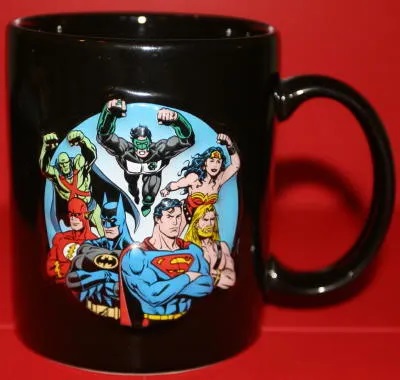 This embossed coffee mug was bought for me as a present from the late, great WB Store. It has stored loose change and/or pens ever since. For the record, only the figures are raised, not the JLA logo, but this is some of the most pronounced embossing I've ever felt. Very lumpy, at various degrees, that could almost be measured to a centimeter at the most extreme points. Photo by Pekita Trotamundos 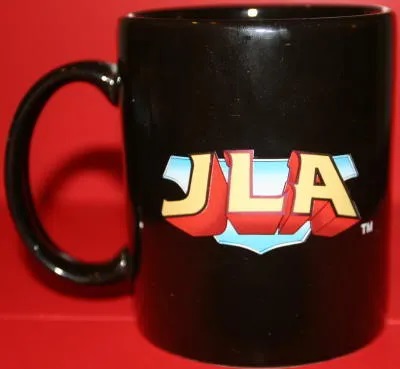 Art appears to be by Eduardo Barreto, who was pretty much the Martian Manhunter artist of the '90s when it came to any type of merchandising. Pictured left-to-right, top-to-bottom: Martian Manhunter, Green Lantern Kyle Rayner, Wonder Woman, the Flash (presumably Wally West,) Batman, Superman and Golden Mullet Aquaman. Photo by Pekita Trotamundos 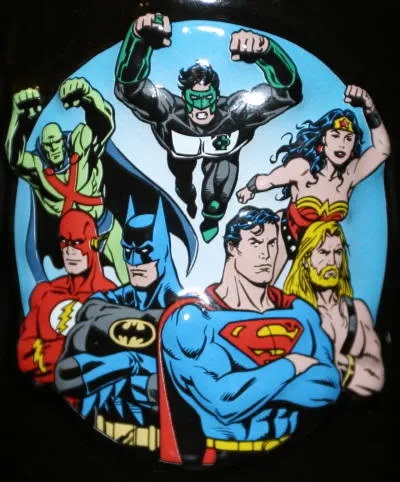 That's a nice mug I remember hearing abuot the WB store but never seeing one anywhere.

Yeah, we had one at Baybrook Mall near Clear Lake. I wish I'd had a lot more money back then to take full advantage. I loved that place the few times I made it out there.