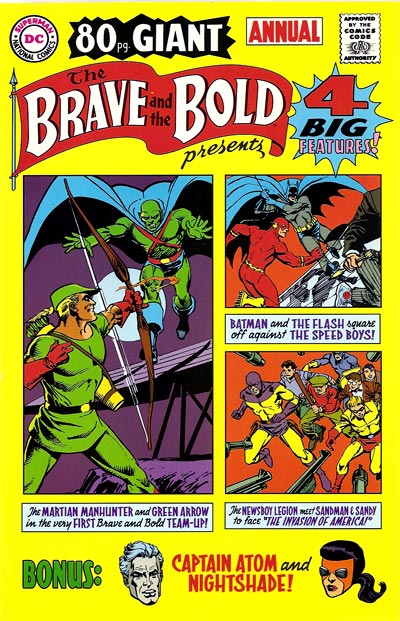 Marvel Comics loved them some reprint books. Where DC would stick their yellowed catalog stories behind original material, Marvel was just as likely to run a reprint under a new cover in place of solicited material past its deadline (or else moldy inventory stories from the files.) With the invention of an integrated universe and serialized stories, readers actually appreciated paying good money to finally see tales they'd heard referenced in editor's notes, but were unable to find themselves in the days before comic shops. Marvel managed to sell a number of long-lived series devoted solely to their old crap. DC tried this a few times, but in an age where their first run material wasn't especially competitive, what chance did dated sci-fi yarns and unfamiliar legacy progenitors in man-girdles have? Among DC's few successes in all reprint books that come to mind were "best of" digests and, back in the '60s, their annuals. 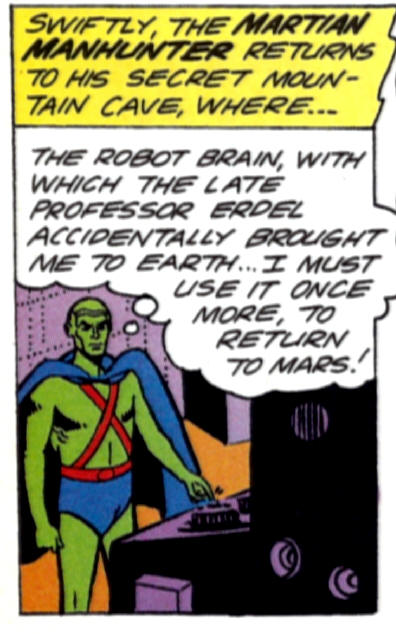 With the increased availability of back issues in the '80s, Marvel had to think of new ways to slake their thirst for double-dipping revenue streams. They came up with "Masterpiece Editions," recolored Silver Age material printed on glossy archival paper that was then hardbound. The high quality presentation afforded Marvel the opportunity to charge entirely unreasonable amounts of money for the things, because most of the "sophisticated" Bronze/Modern fan was too busy ridiculing Jack Kirby and Steve Ditko's seminal work to literally pay the desired tribute. DC wanted a piece of that action, and the "Archive Edition" was born. Still, DC was bummed about not getting to exploit their library as fully as Marvel had, so somebody had the idea of reverse engineering the work done for the archives back into '60s style fake "annuals," except in the squarebound "prestige" format on cheaper paper. Of course, DC had undercut interest in such reprints by negating their canonical relevance in the wake of their late '80s revamps, and the initiative withered away after a relatively short stay.

For the most part, annuals were monopolized by Superman and Batman until the Bronze Age, so The Brave and the Bold never got one during its run, but this retroactive replica was put together as a gag "1969" edition. 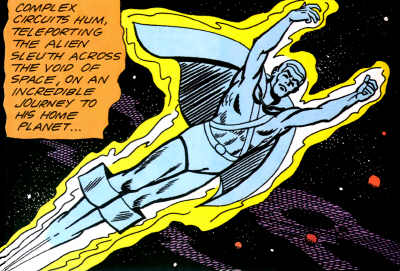 Comic books haven't always been 32-page magazines. During the Golden Age of comics, most issues were 64 pages in length before shrinking to 52, then 48, and, finally, to the current standard of 32 pages. Beginning in the 1960s into the early '70s, DC Comics regularly published the fondly remembered 80-Page Giants. These mammoth compilations were everything their name implied, filled with classic reprints that spanned the company's rich and varied publishing history.

What if there HAD existed one more 80-Page Giant featuring DC's important super-hero team-up book of the '60s, The Brave and the Bold; a "lost" issue that had never seen print...?

Under a new but retro cover by Dick Giordano was a Batman/Flash team-up from issue sixty-seven by Bob Haney and Carmine Infantino, the latter an artist well-associated with both heroes. Then came a Golden Age Boy Commandos strip from Detective Comics #76 by Kirby and Joe Simon. At the rear was an especially amusing conceit, the crime-fighting duo of Captain Atom and Nightshade battling Punch & Jewelee. Captain Atom #85 was published by Charlton Comics over fifteen years before DC Comics would acquire the rights to the old Action Heroes line. 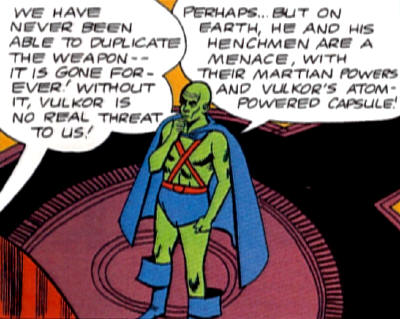 Most importantly for our purposes, the lead feature and primary focus of cover space was "Wanted--The Capsule Master!", the first TB&TB team-up, starring the Green Arrow and the Manhunter from Mars. Pre-dating The Brave and the Bold Team-Up Archives Volume One by four years, this was the first reprint of the story since 1974's The Brave and The Bold #114, and the only time it had been presented unaltered in its entirety since 1963. As DVD had done for movies, readers who once only had access to the 1974 "cut" of the story were treated to a "deleted scene..."

Where Manhunter had previously returned to his secret mountain headquarters to check his computer records for exposition, the original version was an entirely different trip. "The Robot Brain, with which the late Professor Erdel accidentally brought me to Earth... I must use it once more to return to Mars!" Although J'onn J'onzz had been stranded on Earth for seven years due to complications related to the Robot Brain, Dr. Alvin Reeves had finally managed to repair it in Detective Comics #301. "Complex circuits hum, teleporting the Alien Sleuth across the void of space, on an incredible journey to his home planet..." 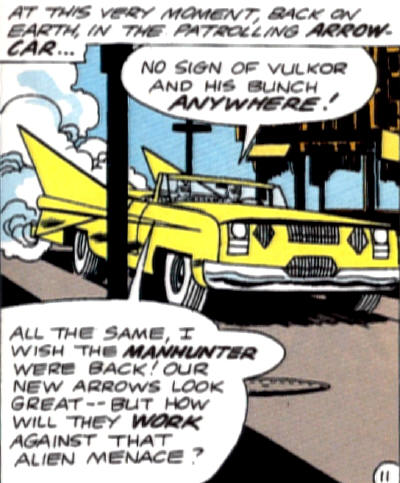 Manhunter was told by the All-Martian Council that Vulkor was an "arch-criminal recently escaped from long imprisonment!" Further, "Our scientists developed a super-weapon to defend our planet... Vulkor stole the only working model, which was destroyed when he was captured in a furious fight! We have never been able to duplicate the weapon-- it is gone forever! Without it, Vulkor is no real threat to us!" The Sleuth from Outer Space countered that the abilities the Martian criminals had acquired on Earth, as well as Vulkor's atom-powered capsule, made them a menace anew. "Since we have no official relations with Earth, we cannot send our space police to help you!" The Alien Atlas knew it was up to himself to "bring Vulkor to Justice, with the help of my Earth ally-- Green Arrow!"

Back in Star City, the archers were on patrol in their Arrow-Car. Green Arrow fumed "No sign of Vulkor and his bunch anywhere!" Speedy moaned, "All the same, I wish the Manhunter were back! Our new arrows look great-- but how will they work against that alien menace?"

With the roar of the boxy Arrow-Car speeding on, the scene dissolves back into the version from TB&TB #114...
Posted by Diabolu Frank at 11:46 PM

It seemed like, with Detective Comics #301, that J'onn was going to travel back and forth between Mars and Earth, but that never came to fruition...or did the Robot Brain get destroyed again? I can't remember.

This was the only payoff I know of from that story. Since the Robot Brain wasn't referenced again for many years, I assume it remained operational.

I wonder why they abandoned the concept of having him travel back and forth to Mars? That would've fit in just fine in House of Mystery.

Anonymous, I'd rather be informed than intractable, especially when I plain messed up. Thank you for the correction.

Liss, I'm surprised Jack Miller managed to keep up with Professor Hugo, much less the Robot Brain. Kudos to Haney for using it. Anyway, maybe Miller was trying to do away with the more overt sci-fi to stick with the creature feature HoM format?