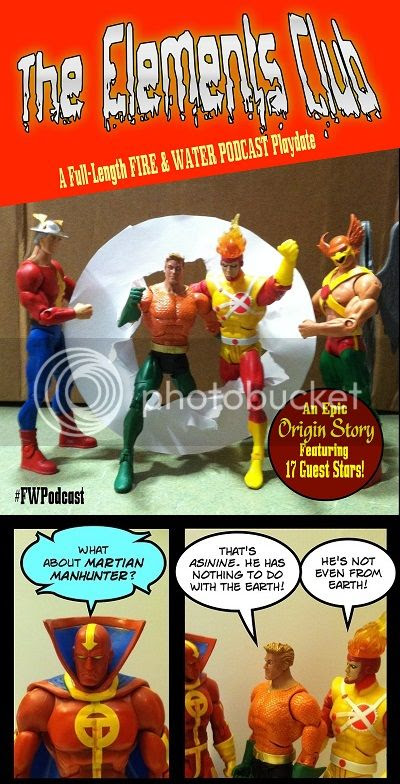 Occasional blog commentator and regular Twitter buddy Count Drunkula of Flowers & Fishnets: A Black Canary Blog fame has crafted a photonovel with action figures as an unlicensed byproduct of The Fire and Water Podcast called “The Elements Club” on tumblr. While I too thought this was insane and would probably be awful, I underestimated the sarcastic wit of good Mr. Daly, as it's actually a funny and brisk read of an 18 "page" comic. The Martian Manhunter is referenced throughout the strip, so I highly recommend fans check this out. There's even a bonus section with "bloopers," promos, script samples and such!
Posted by Diabolu Frank at 12:00 AM

I read this the other day and it was laugh-out-loud funny. I hope you do some more!