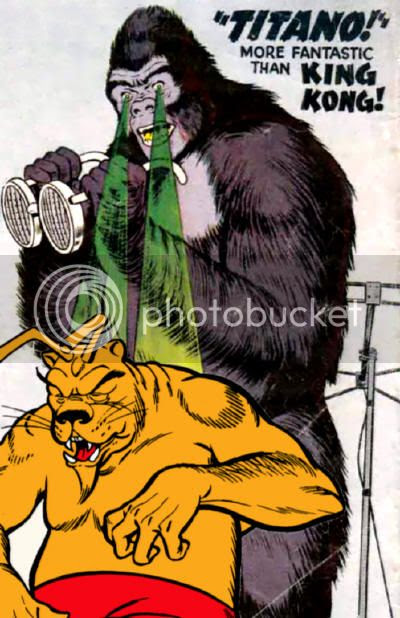 Bio: Released by the Diabolu Idol-Head to protect it and the egg of the Chulko. Caused destruction until it vanished under unclear circumstances.

Bio: A monkey sent on a space mission who became exposed to meteorites containing uranium and kryptonite, physically altering him.


Idol Speculation:
I don't think kryptonite rays are going to do anything to Aroo, who also has a flight advantage. On the other hand, Titano is sometimes resilient enough to throw down with Superman, while other times is just a big robot that collapses under super strength like a beer can. Could go either way.