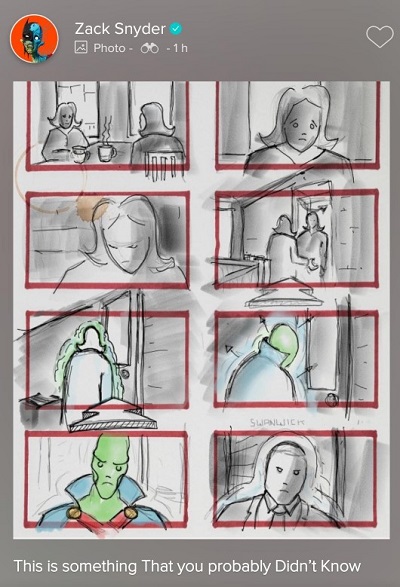 So, I guess my first question would be, do the makers of modern super-hero movies all have Oedipal Complexes? I mean, I'm of the opinion that Rosemary Harris, aged 75 years in 2002, was the best cinematic Aunt May. Sure, she's sweeter and prettier than the sentient prune Steve Ditko drew, but this was still the same Hollywood that cast Arnold Schwarzenegger as the protagonist in Philip K. Dick's "We Can Remember It for You Wholesale". I thought Sally Field (65 in 2012) was too young and attractive for the role. Now we're at Marisa Tomei, barely 52 during filming, who has yet to have a picnic with Tina Fey, Julia Louis-Dreyfus, Patricia Arquette, and Amy Schumer. At least Hope Davis' Maria Stark was from a quarter-century flashback! But move over to the DCEU with Nicole Kidman as Aquamom and Diane Lane as Ma Kent? There's some serious kinks at play here. The age difference between Lane and her "son" Henry Cavill was the same total years of life as the teenager he was dating at 33 after Man of Steel wrapped. Hopefully, that tangent was enough spoiler space ahead of discussing the reedited extended cut of a 2017 movie wherein the director already spoiled everything via social media and the trailer. There's a scene from Josstice League, written and directed by Joss Whedon, where Ma Kent visits Lois Lane in the Daily Planet break room to discuss mourning her dead son and her would-be daughter-in-law's doing "light duty" reporting since. In the original version, Lois had taken an extended leave of absence, and Ma visited her at the apartment she shared with her would-be fiance. Ma urges Lois to return to work, which Lane ultimately agrees with, but not before spending a final day visiting the Superman Memorial. At the end of this scene, it was revealed that Ma Kent was really a disguised Martian Manhunter. Because there's two similar scenes in twin edits of the movie, I want to head cannon one as the real Ma and the other as Manhunter, even though it is impossible within the circumstances of either film, but said hopeless attempt makes more sense than the actual Snyder scene. It accomplishes nothing for the plot, and betrays a scene some had found emotionally rewarding, all for a sad grasp at the gasp fans inhaled in an episode of Supergirl two years earlier. 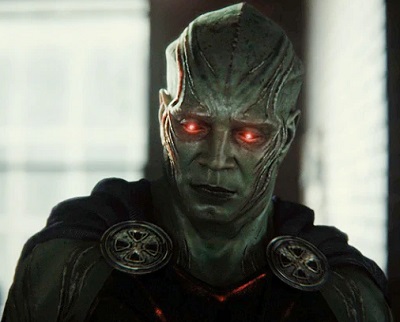 Back in 2013's Man of Steel, somebody saw African American actor Harry Lennix wearing some sort of x-shaped harness, and perhaps recalling Phil Morris' gun holster on Smallville, theorized that he would be revealed as J'Onn J'Onzz. That didn't come to pass, and given that his character of General Swanwick let thousands die in the Kryptonian invasion, then agreed to nuke Superman in Dawn of Justice, I would hope that was never the plan. In a recent issue of Vanity Fair, Snyder revealed of the closing moments of the revised film that, "We shot a version of this scene with Green Lantern, but the studio really fought me and said, 'We really don't want you to do Green Lantern.' So I made a deal with them, and they let me do this..." Need I remind you of screenwriter David Goyer's take? My guess is that Snyder was well aware of the old fan theories, and exploited them. Otherwise, Goyer was trolling us, and Snyder just had terrible ideas and no continuity in deploying the 6′ 4″ Lennix as an Alien Atlas. Setting aside that as written, the Martian Manhunter (ironically his only given name, given Goyer's insistence that it would never be used on screen) is a nonsensical coward, what are my thoughts on Snyder's take? It stinks. They gave him glowing red bobbing googly eyes that make them look like an old dashboard liquid compass with an LED light inside. Lennix's voice is fine, but there's too much of his face in J'Onn's, so that it looks more like cosplay bodypaint than an actual alien. All of the ritual scarring lines all over his body make him look like cherimoya. The iron cross cape clasps make him look like a Nazi, and the x-shape on his chest is crude and ugly, By the end of the movie, Manhunter is the third member of the Justice League in an all-black costume with a cape, which is hella drab. The whole Tars Tarkas vibe means he'd probably explode perps brains with his telepathy like in Scanners, and it's altogether inferior to what the CW have managed across six years of UHF television. Any comic design would improve upon this. I'm sorry that this happened, am thankful that it technically isn't Manhunter's cinematic debut, and wish that it never darken our screens again.
Posted by Diabolu Frank at 3:12 AM

I wish you would tell us how you really feel lol.