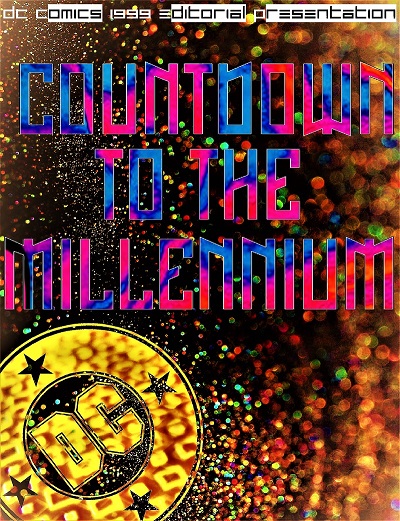 Since 2020, Siskoid has co-hosted with various guests Who's Editing, "the show where armchair editors re-imagine the DC Universe based on single issues of Who's Who!" Basically, the participants have to pitch a new ongoing series for every protagonist (and an optional antagonist) featured in a given 1980s issue of "The Definitive Directory of the DC Universe." I took to the podcast like a pig to slop, creating my own fan fiction universe of titles with running mock Previews catalog-style solicitation blurbs for every entry (and then some) in the comments section of each episode. I figured with the round robin guests, Siskoid would eventually get around to me, with the natural assumption I would get tagged for the Martian Manhunter edition. Then he called me up way earlier than I had planned or prepared for, Who’s Editing #8: Flashes in the Pan. I made my initial intentions toward Vol XIV clear, and since Siskoid figures to cycle through most of his first run of guests twice, that about suited his own needs. Since I'd called dibs, I wanted to make this one extra special, so I glommed onto the old 1992-94 DC Editorial Presentations as a template. To compete with all the better selling flibbertigibbets in the Chromium Age, DC would outline an entire year's worth of titles in two page spreads, one of art, and the other copy. There were some that fell through the cracks or were altered, but more or less, you could reliably see what a given year had in store for DC readers. I also wanted to do a line devoted to the Alien Atlas, because look around the page, man. I got a little work in early, other matters demanded my attention, and then a few months ahead of deadline I committed hard to producing the mock catalog linked above. While the Manhunter from Mars maintained a strong presence, the demands of the other subjects sent things into more of a fantasy direction favoring the Marvel Family and sword & sorcery types. For instance, The Warlords of the Ultra-Realm. But hey, more on that later...
Posted by Diabolu Frank at 1:26 AM