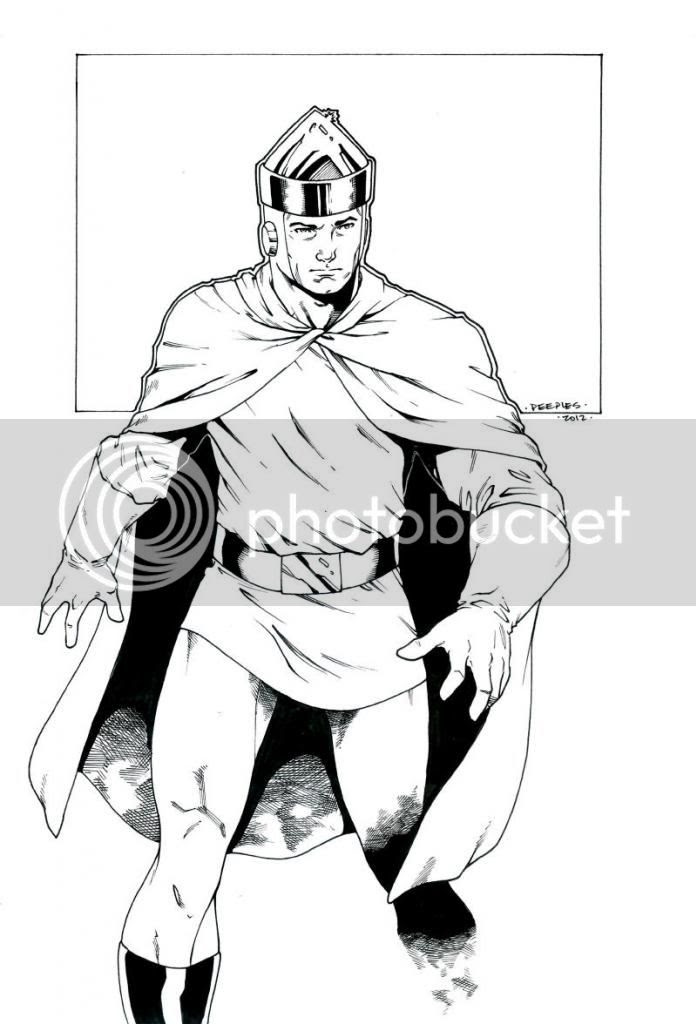 Having moved around a lot growing up, I was always the nerdy new kid in town with no interest in getting to know anyone before pulling up stakes again. Thankfully, twelve years in sales improved my social skills. You have to be able to quickly "read" people and form a fast rapport if you want to play an active role in earning commissions. Still, you can't please everyone, and sometimes I'm flapping smoke signals against someone else's telegraphy.

Such was the case with Brent Peeples. What I meant to say was that Comicpalooza had made me aware of his stellar work on The Last of The Greats, and made him one of the artists I was most excited about ahead of the show. All I managed to get out was that I'd never heard of him before the show. I pointed out what looked to be a Barry Kitson influence in his work, which Peeples' didn't see, but "I'll take it." I'd have added Mark Bagley as well, but didn't, because I also understand that when you can't seem to miss your mouth with your foot, it might be best to just keep your teeth clenched tight.

This is the second time I've gotten a piece done of the Martian Manhunter's Bronze Age nemesis, the Mars murdering Commander Blanx. It's also the second time I've had minimal discussion with the artist on a Blanx piece. I'll try to break the streak when it comes time for the third outing. I took a pass at coloring this one in MS Paint, but Peeples' intricate crosshatching rendered the effort far too byzantine for my time constraints. Also, let's face it, Blanx's color scheme is fairly hideous. Anyway, I definitely got my $75-80 worth, and you can see more of Brent Peeples' fantastic art in his deviantART gallery.
Posted by Diabolu Frank at 12:00 AM

Nice! I really like the frame behind him, and the outlinine. Nice retro look.