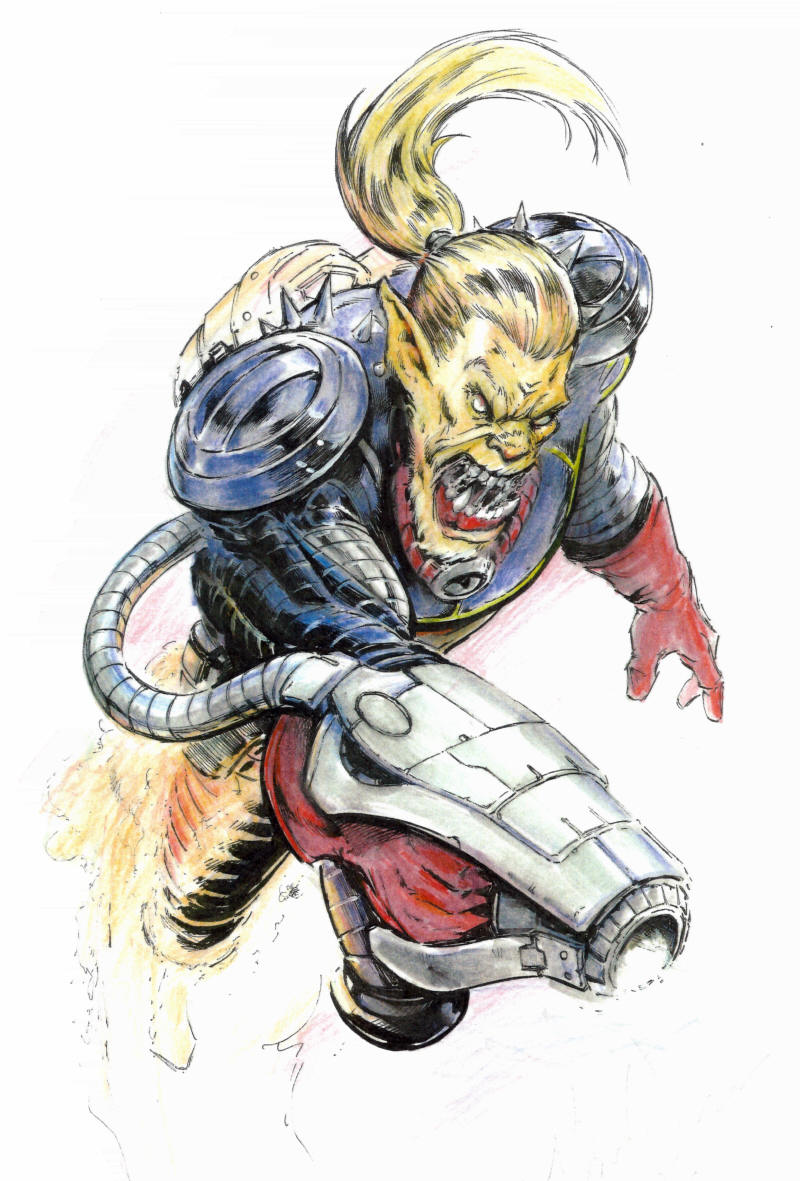 I've often mentioned my regrets over holding artists' work "hostage" to my severe downturn in blogging from daily to, in some cases, not even annually. I've stepped up a bit since this blog's thirteenth anniversary in September, though noticeably drifting from a weekdaily schedule that month to weekly-ish in October. This has been one of the longest weeks in the longest year in recorded human history, so I wanted to go out on a high note by releasing a piece I've saved far too long for a special occasion.

If I recall correctly, Brad Garneau started out in gaming before going into commissioned art with a specialty in painting. I really liked his work when I first saw it in 2015, but I'm not in a painting patron price bracket. Thankfully, he also does line art commissions, with a style recalling the likes of Angel Medina and Sam Kieth. He contributed The Vixen to a jam that was completed in 2017 (one of the few, in fact) that I'm only just now realizing as I type this that I've yet to publish. God, I suck.

Anyway, I don't get a lot of color pieces, and I wanted this one to get showcased at a time when it would get a lot of eyes... so instead I sit on it for four years after my traffic has dwindled to double digits from inactivity. Sigh. The toothpaste is out of the tube. Nothing to do now but brush. If you're interested in the subject, Tybalt Bak'sar, he has a profile page in the Vile Menagerie (now free of Photobucket branding), as well as a battle against The Cheetah...

Brad Garneau
Posted by Diabolu Frank at 10:17 AM

I've been running myself ragged recently on projects and work stuff, so sorry I have been great about replying. I do appreciate the comments though, and have a few quick replies.

1) I wasn't a big fan of the Ostrander/Mandrake series, but the Tybalt Bak'sar story was a highlight for reuniting Johnny O with Tim Truman and because it was a newly created villain for J'Onn with no ties to Mars or Apokolips.

2) I hope to get back to the fan-casting but I hit a bit of a wall in ideas and time. I already did Zook, so I probably won't revisit anytime soon...