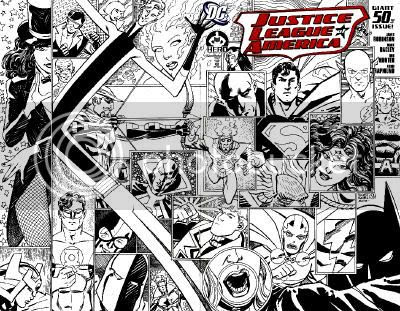 Scott Koblish is a great embellisher. Probably my favorite run of his was working over Ron Garney in the closing days of Captain America volume one. I haven't seen him pencil much before, and he has a cartoony thing going on, but what I really dig is the pop of his inks and the density of information/detail in this piece.

Special thanks to Firestorm Fan for the notice!
Posted by Diabolu Frank at 3:18 AM