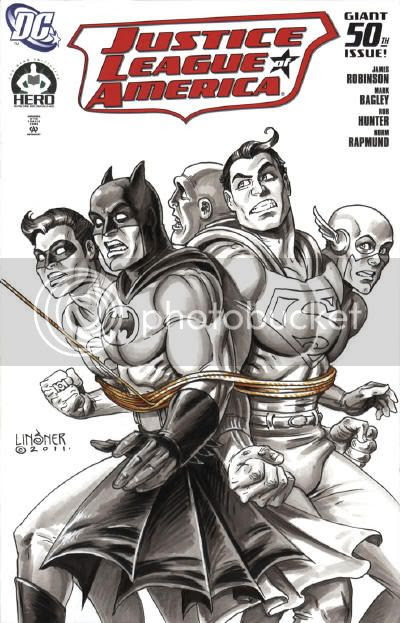 I never in my life expected to see a Joe Linsner Martian Manhunter, and I pretty much still haven't. I'm totally cool with saying that's Red Tornado lost in the huddle bound together by the Lasso of Truth. Do click the pic to see a more fully realized Wonder Woman, though...

I like this style a lot. I'm always a sucker for pencil, anyway, but the manga influence is really drawing me in.

Speaking of which, care for some JLA chibis? I just saw this:

J'onn's in a suit, which I find kinda cool.

J'Onn in a suit always wins.