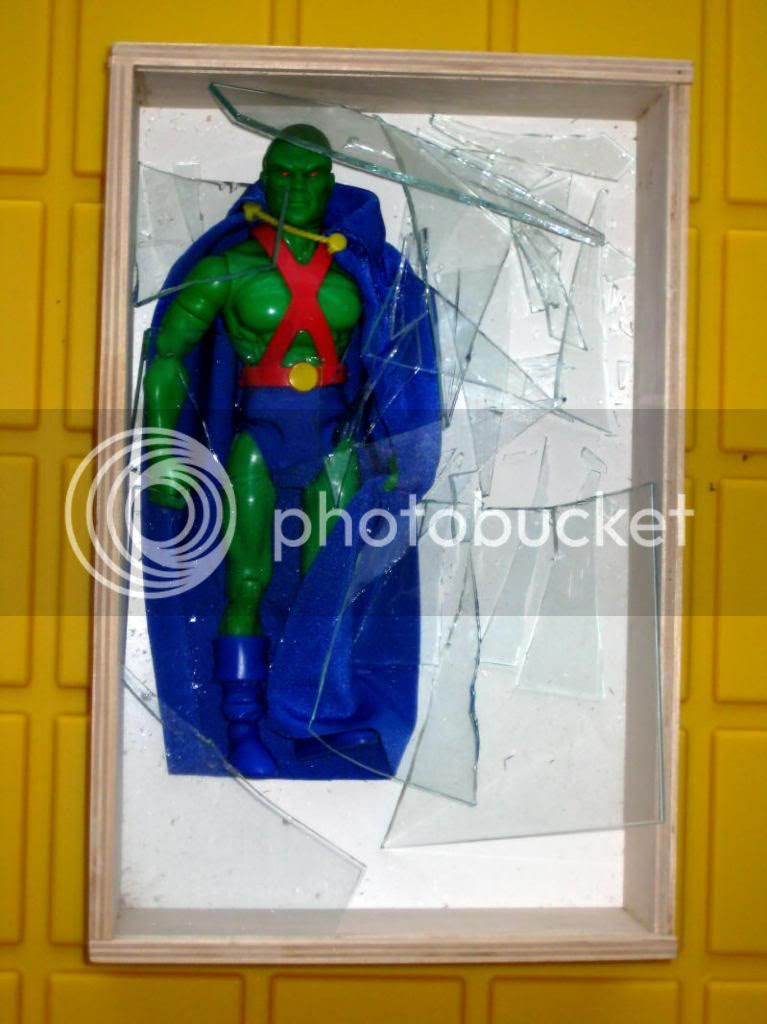 Thanks to a late night shopping trip a few years back, I ended up with a crumby Wall*Mart desk (oxymoron?) with built in shelves/cubbyholes to work at. After I took the photos for the 1999 Hasbro DC Super Heroes Silver Age Collection Aquaman and JLA Justice League of America Martian Manhunter dolls, I left them guarding the top of it. 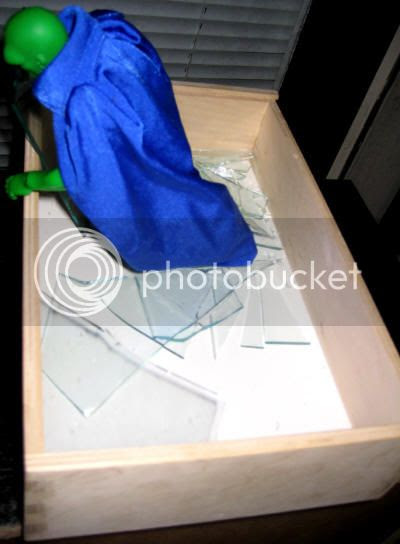 I tried to move the desk at one point, but it literally started coming apart in my hands, forcing an emergency evacuation. A trip to IKEA saw me to a sturdier, broader, but level work station that left no place for the dolls to go. My girlfriend had bought a wall-mounted shelf unit to hang over one of the couches. I feared and hated it immediately, since I suspected that it was much too heavy to use safely, but she insisted. She had a wooden display box with a glass case that she opted to put my Martian Manhunter in, and while I wasn't entirely comfortable leaving J'Onn encased in the Phantom Zone, he looked nice enough that I left him alone. 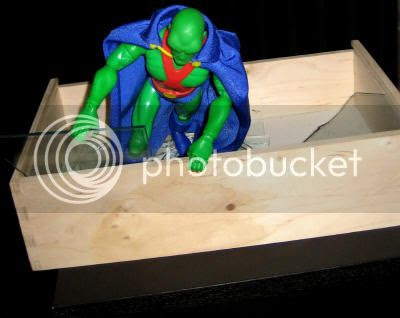 Within a few months, the shelf spontaneously came crashing down while we were both out of the house (and blessedly, not during one of her mother's visits, as she frequently sat underneath the damned thing.) The shelf itself remains intact, as did most of what was on it, though the Alien Atlas had to gird himself against shattering glass which nonetheless released him from the Still Zone. 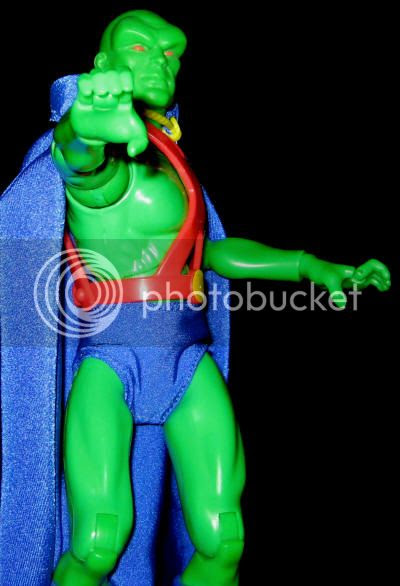 I suspect J'Onn could easily have some stress related issues and that this may be his true weakness. Frank, I look forward to your thoughts on this. I think that there is a chance that the back up feature will lead to a series.

I think that J'Onn broke out of that glass prison on purpose. He wants to be free! And to be played with!

At least that's what the Toy Story movies tell me!

Well, while we wait on Frank's comments on J'Onn getting a back up feature in the JLA book, here is a forum at Comic Book Resources with some thoughts from myself. (Could J'Onn really have the equivalent of PTSD that triggers some weaknesses?): http://forums.comicbookresources.com/showthread.php?435009-Matt-Kindt-to-co-write-Martian-Manhunter-back-up-in-JLA

Anj, I found it deliciously ironic that when I posted this, I had no way of knowing that the only Scott Clark image I could find to illustrate the news article would involve him smashing through free-floating shards of glass. It would be one thing if it were Batman, whose war on crime is only just ahead of his tireless crusade against intact windows, but how often does J'Onn J'Onzz do this sort of thing?

Will, folks in the thread seem to like the idea of these back-ups, at least.