The Conjurer vs. The Scarecrow 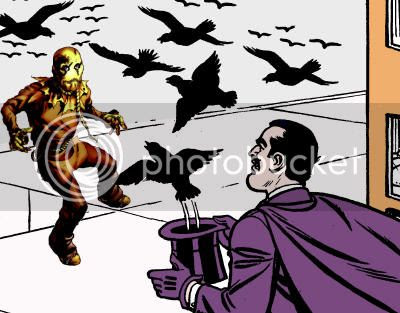 Bio:
The Conjurer managed a quite successful crime spree, thanks to Detective John Jones' inability to use his powers in several apprehension attempts. Then the Martian Manhunter was unleashed, and that was that.

Bio: The Scarecrow was a psychiatrist obsessed with fear who conducted unethical experiments and exposed innocents to chemicals to heighten the emotion for study. The Batman was displeased, and the hurting began, again and again.


Idol Speculation:
There are far, far more Joker fans than Martian Manhunter ones. Catwoman got her own movie and has supported a solo comic book series for nearly twenty years. Two-Face, Ra's al Ghul, the Riddler, and the Penguin have each been primary villains in multiple films and have devoted followings. Poison Ivy and Mister Freeze may have sank the first Batman movie franchise, but their cartoon incarnations are still well loved. Even lesser lights of more recent vintage like Bane and Hush have managed to maintain at least cult status and continued relevance, while everyone has favorite obscurities (I'm personally fond of Killer Croc and Hugo Strange.) 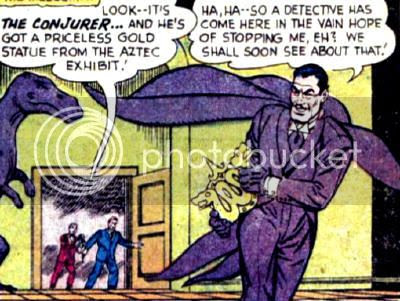 All that having been said, when was the last time you saw someone wearing a Scarecrow t-shirt? Despite the ease of putting a suit together, who really wants to cosplay as Jonathan Crane? In my entire life, I don't believe I've ever heard someone utter the phrase "Scarecrow is my favorite." The villain has a solid motivation and is visually striking, but nobody has written "the great Scarecrow epic," and I can't even recall any particularly good tales. Yes, there have been some awesome sequences involving hallucinations brought on by fear gas, and "Over the Edge" was one of the best episodes of Batman: The Animated Series, but how much of the credit can Scarecrow claim? Joker Venom is a tool used by the Clown Prince of Crime, whereas Scarecrow is just the conduit through which people get exposed to his fear gas and have crazy nightmares that often only tangentially involve Crane. The Scarecrow isn't much of a fighter, is hardly charismatic, and has only managed to become a background player in the movies. Jonathan Crane isn't even my favorite super-villain named Scarecrow who has fought a mainstream non-powered super-hero, since I kind of prefer Marvel's Ebenezer Laughton, who at least has creepy contortionism and comparative moxie. Yes, the Scarecrow was a Golden Age villain, but after two appearances, nobody bothered with him again for a quarter century. He's practically a Bronze Age also-ran who has managed somehow to be afforded vastly more respect than he deserves.

Getting to the matter at hand, could the Conjurer beat the Scarecrow? I'm going to go with a solid maybe. The Conjurer folded like a card table in the face of J'onn J'onzz, but he seemed pretty capable against human combatants, and likely would have had a better career in Gotham City than Middletown. However, woulda shoulda coulda, my lack of Scarecrow regard doesn't mean I fail to recognize his longevity against the Dark Knight, which is nothing to sneeze at. I'd like to be more definitive in my answer, but the Scarecrow is a creep with a bag over his head and one endlessly repeated trick, so you'll forgive me if I'm more interested in what the Conjurer has up his sleeve...

The Scarecrow may be a frightening villain, but I think that the Conjurer could well give him a run for his money. Jonathan Crane has only one trick, while the Conjurer has several. If the Conjurer had any time to prepare for an encounter, he would win hands down. (A gas mask alone should defeat the Scarecrow's only trick.)

By the way, nice new way to present the polls. The current poll loaded up in Firefox without any issues.

I'm really glad to hear that. I've been frustrated by the technical side of the blog, lately. Photobucket has become a leaking dike that I don't have enough fingers to plug, so at least SurveyMonkey is acting alright.