The Getaway King vs. The Toyman 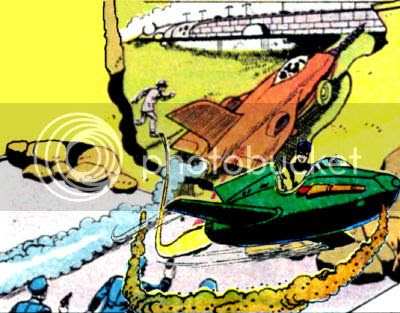 Bio:
The (sometimes) Getaway Mastermind and his minions employed advanced vehicles of Moran's design to commit and successfully escape crimes. Moran was eventually captured by the Manhunter from Mars, but used a shrink ray he'd made to escape prison and form the first ever super-villain team to combat the JLA. 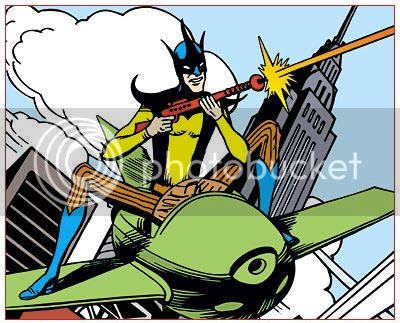 Bio: After the original Toyman retired, a rogue named Jack Nimball took up the mantle without authorization. He continued the m.o. of Winslow Schott, but had even wackier toys repurposed as weapons (with a strong stream of candy-themed armaments, as well.) Nimball fought Superman alone and with other famous villains, in comics and on cartoons. However, the first Toyman returned in short order, set up Nimball for a fall in one story, and then outright murdered him in another. 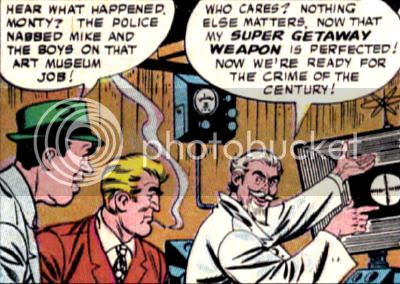 Idol Speculation:
Winslow Schott was the first Toyman, created in 1943 when Action Comics was still in the double digits. He was dopey and dumpy, so he got dropped for a couple of years in the '70s in favor of the younger, leaner Jack Nimball (whose grandfather must have met the same immigration officer as Edward Nigma's coming through Ellis Island.) Since it's some sort of mortal sin for Superman lore to ever progress, Schott rubbed out Nimball so that he could continue to dress like a shmuck with hideous hair for another thirty years. Because Schott is one of the worst Superman villains among a lot that makes Firestorm's rogues look reasonable, animators and comic creators have made further attempts to replace or update Schott, to varying degrees of success but unfortunately little greater longevity than was seen with Jack Nimball.

The only reason I bothered to use any Toyman is because I'm trying to keep up the parallels between the Vile Menagerie and the Legion of Doom as seen in Challenge of the SuperFriends. I'd take Nimball over Schott, but none of them are especially worthwhile. The Getaway King came up with some awesomely pimped rides, including drills capable of penetrating bank walls doubling as mini-jets, sectional self-propelling cars, and a portable force field. Toyman had cheesy micro-jets and kept trying to choke people with weaponized cotton candy and chocolate. Advantage: Moran.

I give my vote to Moran, as I think the Toyman has limited tricks.

The Menagerie will have a tougher foe on Saturday, and September will be filled with doozies.