The Trickster vs. The Riddler 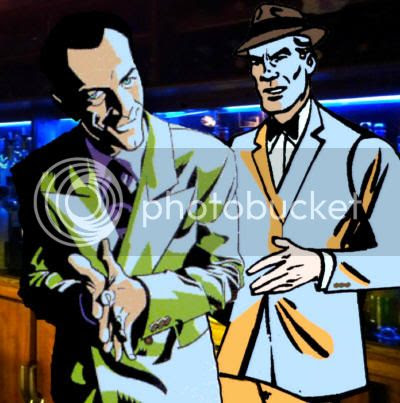 Bio:
The Trickster was a fantastic thief who used elaborate stunts as a distraction while he plied his trade, until he decided to go straight and join "The Ex-Convicts Club."

Bio: Edward Nigma is a criminal mastermind who finds it so necessary to be the smartest person in any given room that he undermines his heists by leaving riddles that are inevitably doped out by Batman, leading to Nigma's capture. 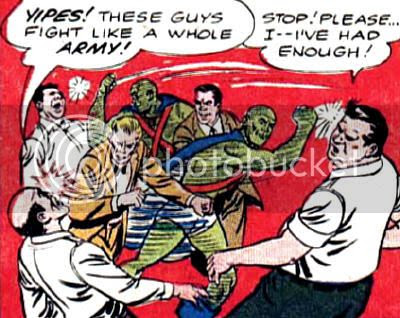 Idol Speculation:
I was surprised to find that I either never ran the Trickster in our first March Madness competition, or didn't set down any record of his participation. It took me a while to get around to his bio, so maybe I overlooked him. The truth is, Tom Trent only appeared in plain clothes in one story where he never got to use any of his gimmicks and all of his criminal career was reduced to a touch of exposition. Worse, he was outshone in context by the appearance of the Human Squirrel, and his name was actually stolen from a well liked Flash villain who debuted a year earlier. I obviously considered pitting Trent against James Jesse or Axel Walker, but I figured my alternate choice made Tom's life troubled enough. I have a fondness for the Riddler that dates back to Frank Gorshin's portrayal on the '60s TV show, and while he's hardly the flashiest or most deadly Dark Knight foil, he's certainly smart enough to outwit the Alien Atlas' off-brand Trickster.

I think that the Riddler would be the winner in this contest. The Riddler has shown that he is intelligent and resourceful. Mind you, I think that he would not like facing J'Onn -- the telepathy alone would give the Martian a huge advantage over someone who is used to facing the Dark Knight.

The Trickster recalls the Conjurer in that he potentially has gimmicks to stymie a Martian. However, that was never illustrated, so as would happen with Riddler, J'onn may have located and apprehended him in 1.5 seconds.

The Riddler's got kind of a mean streak, too, (at least in recent years,) so my vote goes for him.

Come to think of it, I don't even know The Ridder's New 52 status...I've finally completely broken off from the Batman universe.