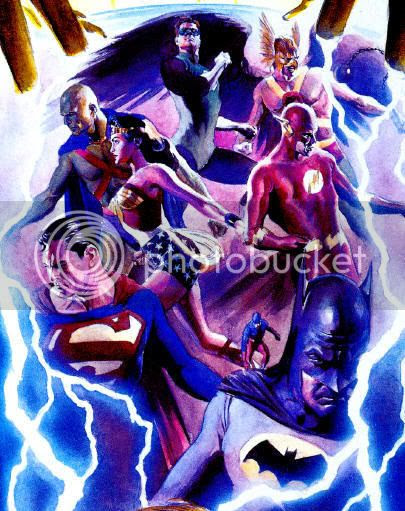 In October of 1956, everything changed.

While some consider the Martian Manhunter's debut in November of 1955 the beginning of the Silver Age, the fact remains that he did not set the comics world on fire the way a new Flash did, nor did he represent the massive shift toward another continuity as Barry Allen had. You see, the Golden Age original Flash was a fellow named Jay Garrick, who had used his dubiously acquired super speed to battle the bad guys during World War Two. After the super hero craze died, only Superman, Batman, and Wonder Woman continued to be published in their own titles for most of the 50's. The Flash concept was revisited by Gardner Fox, Bob Kanigher, and editor Julius Schwartz, with the ample aid of the sleek new Flash design of Carmine Infantino, in a one-off story for Showcase #4. This new bearer of the mantle was Barry Allen, who'd been inspired by his childhood reading the very same Flash comics Jay Garrick had appeared in throughout the 40's, and went on to considerable fame in his own right. Since Jay had already been established as only a fictional comic book character in Barry's world, it took some explaining to have the two characters actually meet in the flesh a few years later in 1961. The answer was a parallel universe, existing on a different vibratory frequency but similar to our own world, and close enough that comic book writers somehow tapped into its history for their fiction.

Soon after, all the Golden Age characters returned, on a world now called Earth Two. The Justice Society of America and the JLA began to have annual meetings between worlds. Later, ripping off an old Star Trek episode, a mirror universe with an evil version of the JLA was created and dubbed Earth 3. When DC licensed, then purchased the rights to the Fawcett characters, Earth S was born. DC also started using the old Quality characters, who lived on Earth X, where the Nazis won World War II. Even more worlds were added, and many characters had counterparts on several worlds.
Posted by Diabolu Frank at 11:33 AM