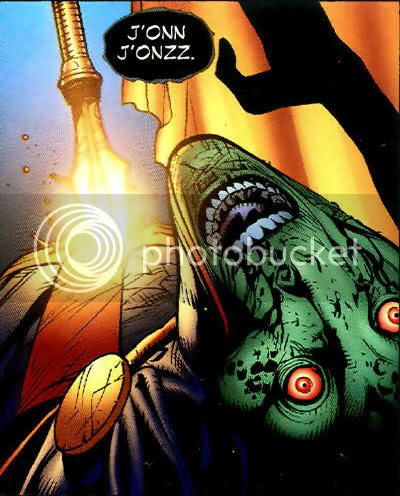 In a newly created origin, it was reveled that William Hand grew up in a mortuary, and from his earliest days was obsessed with death. Among his earliest hobbies was taxidermy, and he didn't let a fact like the family dog still (temporarily) being alive sway him from its aggressive pursuit. Coming into possession of an alien weapon, the necro-fanatic assumed the costumed identity the "Black Hand." After years descending from prominent Green Lantern foe to wretched joke of the super-villain community, the Black Hand returned home to murder his family. Black Hand had been "hearing" death for some time, and saw visions of the demises of many prominent DCU figures (including J'Onn J'Onzz, the co-conspirator in his murder Dr. Light, Aquaman, Batman and many more.) Hand committed suicide with his energy weapon, prompting the arrival of the corrupt Guardian of the Universe Scar. Serving at the pleasure of an unknown master, Scar vomited up a Black Lantern Power Ring.

"William Hand of Earth. Rise." Black Hand was resurrected as the initial recruit of a new corps representing death itself. "Like Ion. Like Parallax. Like the Predator. You are the embodiment of our corps. You are the black incarnate. You are our lord's herald."

"I... know what I am. I am the Black Hand. And with this power, I will finally extinguish the light."

"Blackest Night Prologue: Tale of the Black Lantern" was by Geoff Johns, Doug Mahnke and Christian Alamy.
Posted by Diabolu Frank at 11:00 PM

This confirms what I've suspected about taxidermy ever since seeing the movie PSYCHO--Norman Bates was an amateur taxidermist--that taxidermy is the gateway hobby... the gateway to murder!

I figure it's like any other gig-- for every one person doing it right, there's 4+ screw-ups/creeps getting up to mischief.