The Prophet vs. The Demon 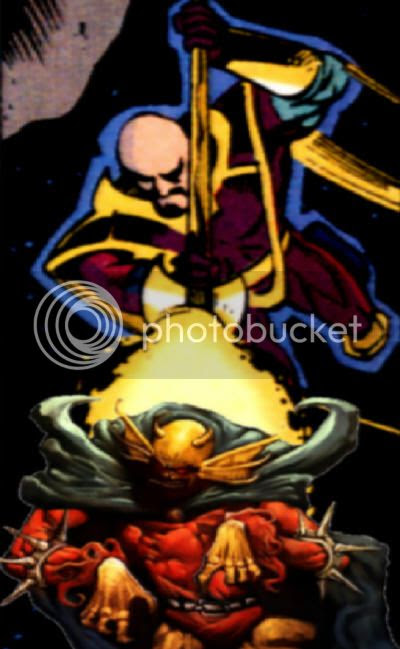 Bio: The Prophet was a zealous enforcer of an alien church that tried to execute a holy man before he could deliver a universal message of peace. The Prophet was thwarted in his crusade by the Manhunter from Mars. 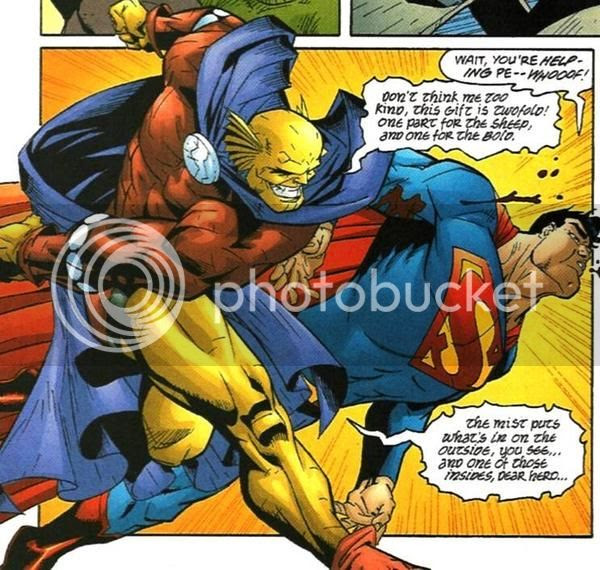 Bio: Etrigan was a powerful demon summoned from Hell by Merlin in an effort to preserve Camelot. Failing that, the Demon was merged with the human Jason Blood, each taking turns existing on Earth. In modern history, Blood became a paranormal investigator who summons the Demon when confronted by powers greater than himself. 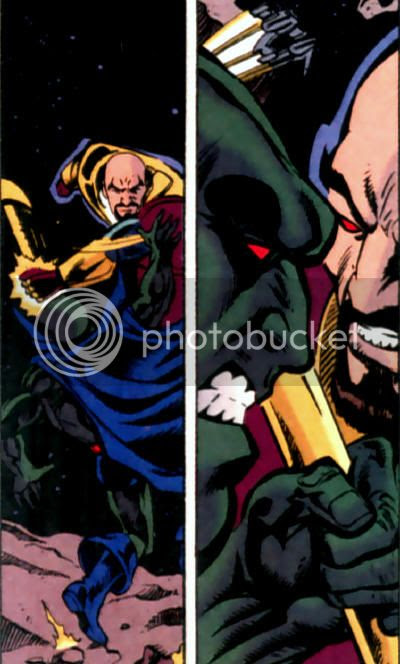 Idol Speculation:
This is a fun and unpredictable match. Beyond the inherent conflict between these two character types, the Prophet is one of the few combatants in the Martian Manhunter's circle who is powerful enough to take on Etrigan without being handicapped by a weakness to fire, which the Demon can spit at will. Etrigan may have taken on Superman a time or two, but only because the Man of Steel isn't quite so steely where magic is concerned. Etrigan's matches with the Alien Atlas and the Czarnian Lobo have tended to be more even, though their brawls see the Demon lapse in his usual cunning. Etrigan's power levels are inconsistent, but his wits are typically much sharper than most, and that's his true advantage over the Prophet.
Posted by Diabolu Frank at 12:00 AM

I just finished the Alan Grant run of Demon Comics, and he clearly takes this, likely in hilarious fashion. You alluded to J'onn and Etrigan fighting; when has this happened? I'd be super interested in seeing that.

I cannot see the poll in Firefox, but I will cast my vote for Etrigan as cunning is one of his advantages.

Will, I don't think it's Firefox, because that's what I run on.

M.C., don't stop with Grant. The Garth Ennis stuff is much better, and I agree that Etrigan is too smart and vicious to be beat. Etrigan guest-starred in Martian Manhunter #28.