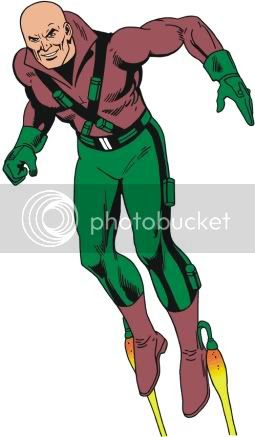 Bio:
A criminal genius intent on proving his ultimate superiority by destroying the Man of Steel. 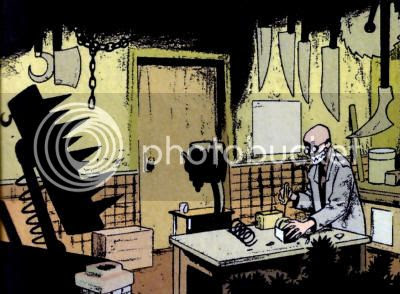 Idol Speculation:
I'm intent on featuring matches with every member of the Legion of Doom to appear on the 1978 animated series Challenge of the Super Friends before wrapping up these weekly versus polls. They're among the best known DC villains, making them sound subjects to measure the relative worth of the Vile Menagerie against. However, Lex Luthor is one of the greatest fictional villains of all time across all media, so any "fair" fight meant tossing a Martian Manhunter scientist adversary into the sun. Professor Arnold Hugo is Luthor's closest analogue, and I'll be honest, he would suffer a humiliating defeat. Luthor and Hugo are too similar, with Luthor's accomplishments measured in powers over Hugo's. Also, another reason I started these fights was to record the Menagerie's statistics from the March Madness events for posterity, but I've already repeated several participants, including Hugo.

I was reminded of an argument I made years back about how updating Hugo into a "grim n' gritty" version was pointless, since Chase's Doctor Trap had already been appropriated by Martian Manhunter in the late '90s, and he was basically a brutal modern take on the old criminal geniuses. I hadn't run Trap yet, he's more physically comparable to Luthor, and the Doctor's sneaky, lethal inclinations gave him an advantage against Luthor that Hugo lacked. Doctor Trap would plot a complex homicide for Lex and execute it without Luthor necessarily being aware Larry Trapp even existed, targeted by the Doctor's broad motivation. It's the Batman argument. With time to prepare and his target unaware, why couldn't Dr. Trap emphasize the "ex" in "ex-president?" Trap may not have gone after victims in Superman's league, but setting his sites lower proved violently effectiveness.
Posted by Diabolu Frank at 3:51 AM

Dr. Trap could beat Lex Luthor by staying under the radar. Luthor would probably NOT have a reason to even be aware of Dr. Trap.