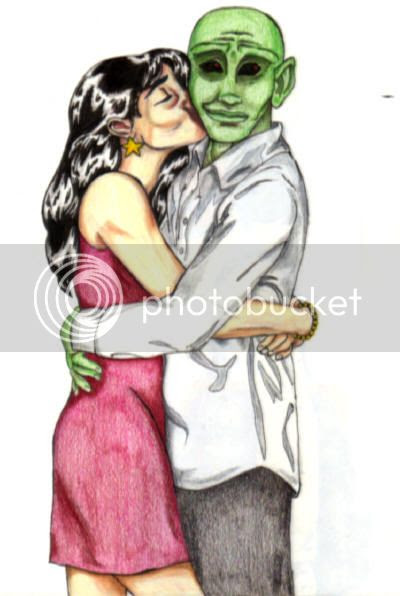 The funny thing is that, while I don't advocate for Wonder Woman and Martian Manhunter being in a relationship, it's kind of a workable pairing. J'Onn is c-list on a good day, and most folks seem unaware that he was ever considered a solo player. J'Onn was consumed by the Justice League franchise, but he's so much more powerful than most heroes, he'd still be seen as a respectable mate to the premier super-heroine.

Diana and Steve Trevor haven't had much traction as a couple since at least the Post-Crisis relaunch, and she has a history of dating mer-men and Hindu deities, so why not an alien? J'Onn could be burnt out and tripping on Martian PTSD, his vulnerability allowing Diana to protect and support her beta but still valuable super-mate. J'Onn longs for a connectedness lost with his telepathic race, while Diana long had her fill of a "paradise island" of Amazons, wishing to stand apart. Complimentary dichotomies, as opposed to the forced talking points meant to jazz up the dishwater dullness of Superman/Wonder Woman.