The Vile Menagerie: THE PROPHET 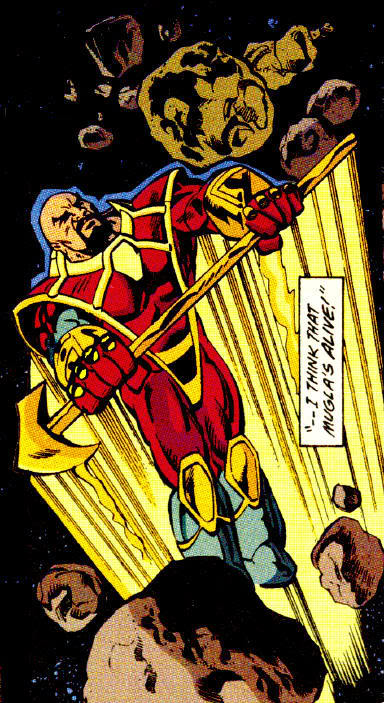 The ancient holy man K'rkzar travelled the known universe, to sit with instructors of every religion in his pursuit of the one spiritual truth. Long ago, he paid a visit to Mars, learning of their gods, such as H'ronmeer. Eventually, K'rkzar went into a centuries long seclusion to process all he'd absorbed from his quest. When his intended emergence to discuss his findings was announced, it should be fairly predictable that the leaders of most every organized religion would scream for his head or his hand. As luck would have it, J'Onn J'Onzz decided on that very moment in time to seek out K'rkzar in hopes he might have information about other survivors from Mars. He instead found himself one of K'rkzar's few defenders in the midst of a holy war.

It was widely believed that K'rkzar's trusted disciple, fellow priest Bruaka, was the only being aware of K'rkzar whereabouts. The Martian Manhunter joined a small group of agents in taking Bruaka into protective custody, with legions of bloodthirsty zealots in pursuit. The reptilian church head Paral was a central figure in organizing "an unprecedented alliance of faiths... All for the sole purpose of destroying K'rkzar before he can spread his blasphemy across the universe!" As the Manhunter and his group consistently evaded these forces, Paral to unleash the power-- and the wrath-- of the Prophet!

The Prophet spoke almost entirely in the scripture of his deity, Grud, as he matched the Martian Manhunter blow for blow in battle upon asteroids in the vacuum of deep space. The Prophet was distracted when the ship he'd been pursuing exploded in a kamikaze-style collision with the vessel of the fundamentalist's aides. This gave J'Onn J'Onzz both the hostility and the opportunity needed to overtake the Prophet, busting his sceptre and throttling him unconscious. K'rkzar delivered his simple message of peace, and the Prophet has yet to reemerge.

Powers: Able to fly and survive the vacuum of space. Strength was a near equal to the Manhunter's. Carried a long-handled ax/sceptre that could emit blasts of energy.

Quote: "I am going after them...And Grud preserve any on whom I have set my sights for divine retribution!"

Created by Paul Kupperberg and Mike Collins
Posted by Diabolu Frank at 10:34 PM