The Vile Menagerie: DIABOLU THE WIZARD 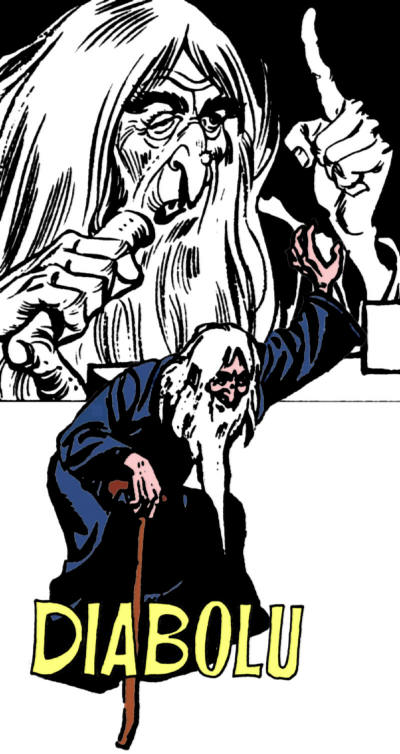 History:
Centuries ago in ancient Babylonia, the evil wizard Diabolu stood behind the throne of Nebuchadnezzar until his overthrow by the Persian king Cyrus. Since the Babylonian people welcomed Cyrus' arrival, Diabolu, dying and driven insane, vowed revenge on the land. To this end, Diabolu set about constructing his Idol-Head, which he filled with many terrible magical evils as a sort of Pandora's Box. A man Diabolu had forced to become his apprentice tried to destroy the Idol-Head before its completion, and failing that, fled. Diabolu sent a giant monster to destroy his former apprentice's entire village, but everyone was saved by a temporally-displaced Martian Manhunter. The alien hero had spent some time in his own era trying to locate and destroy the Idol-Head, whose periodic release of terrors the Manhunter was repeatedly forced to defend Earth against. Learning the true nature of Diabolu and the Idol-Head, the Martian Manhunter was finally prepared to help end the threat of both.

Diabolu cheered on the monster he had sent to the village, as it recovered from its initially defeat to resume battle with the Martian Manhunter. Pleased that the creature had appeared to best the Manhunter, Diabolu locked it up inside the Idol-Head, sealing off the construct for future mischief. The wizard, finally at peace and believing it was his time to die, collapsed and struck his head on a table. However, in truth the Martian Manhunter had assumed the form of a monster in order to return to his present time through imprisonment in the Idol-Head. Upon release, the Manhunter shattered the Idol-Head, ending Diabolu's legacy. 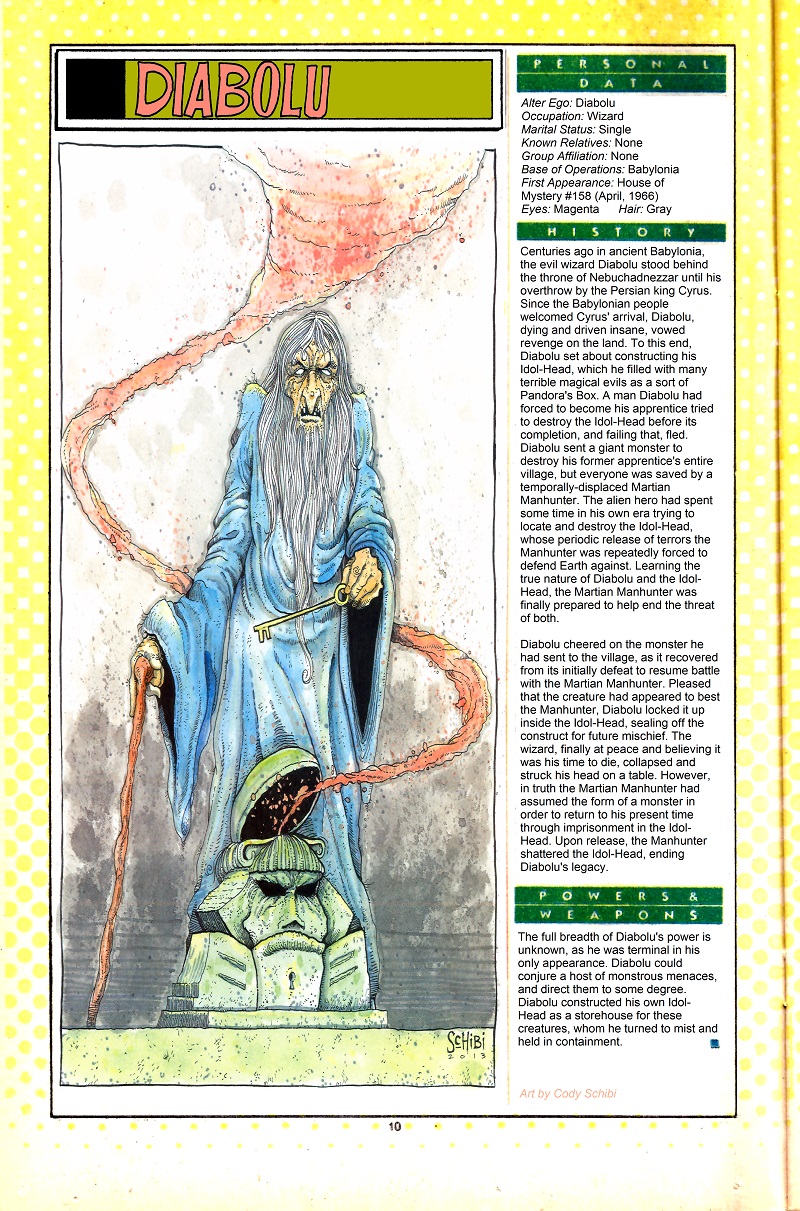 Powers & Weapons:
The full breadth of Diabolu's power is unknown, as he was terminal in his only appearance. Diabolu could conjure a host of monstrous menaces, and direct them to some degree. Diabolu constructed his own Idol-Head as a storehouse for these creatures, whom he turned to mist and held in containment.

Distinguishing Features: Diabolu walked with the help of a small cane, his back perpetually hunched over. His eyes were magenta, and he had a large wart on his outsized nose.

Quote: "Some interloper has interfered with my plans! I must prepare to release another creature to destroy him!"