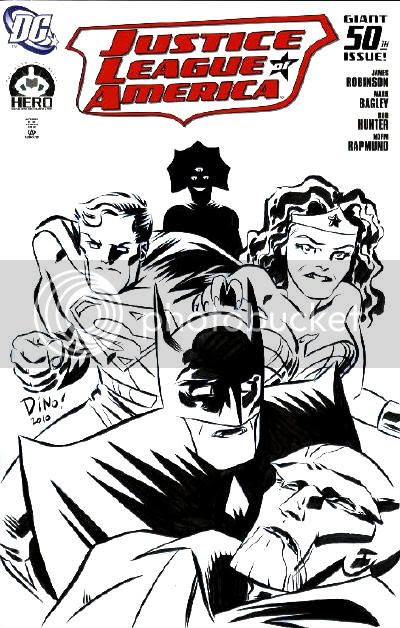 DINO! The man clearly loves his Despero, and he seems down with J'J' as well. These are two great tastes that taste great together, especially when Dino enhances Despero's Vile Menagerie cred by having Superman, Batman and Wonder Woman discover a bloodied Martian Manhunter!