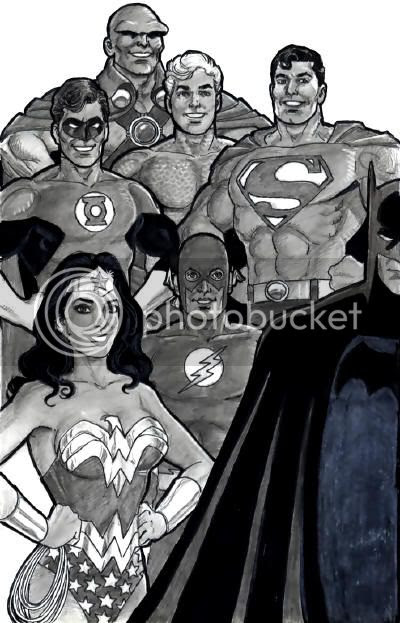 Spanning the generations, side "A" stars Brightest Day Martian Manhunter, Green Lantern Hal Jordan, Aquaman, Superman, the Flash (Barry Allen) and Wonder Woman (blessedly non-JMS.) The Bruce Wayne Batman is to the left, composite with the Dick Grayson one to the right. Side "B" features Donna Troy, Jade, Jesse Quick, and Supergirl. All smiles!