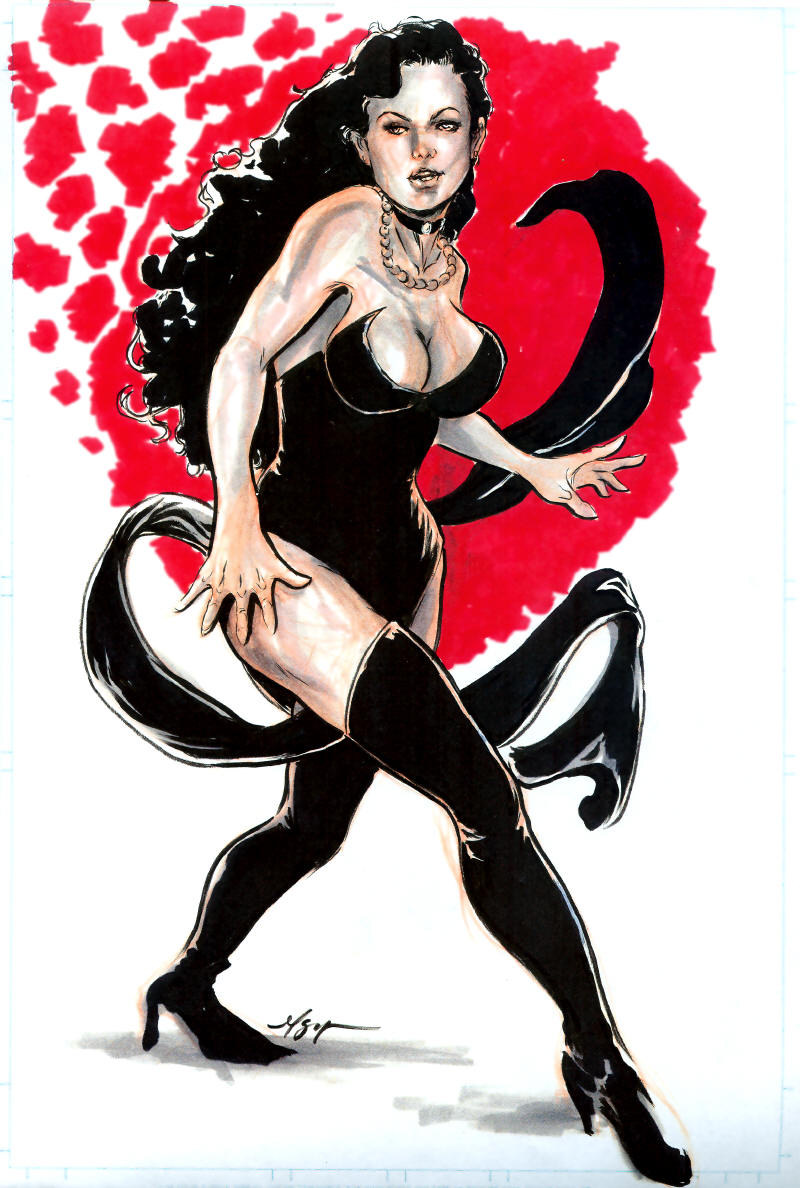 I'd been wanting to get a piece by Vo Nguyen since a previous Comicpalooza convention, likely 2011, the year they set artist's alley up like a freakin' maze. Needless to say, I never saw him, which is kind of a huge bungle on the convention's part. To the best of my knowledge, and like a lot of the other artists I've gotten pieces from locally, most of Nguyen's published work has been through CCP Comics, a company so small that they don't even have a listing on the Grand Comics Database. Conventions are these guys' best opportunity to attract attention to their work, which got me looking at Nguyen' deviantART page and Comic Art Fans gallery, but that's of little immediate benefit if I can't find the guy and give him money. That issue was corrected in 2012, and I'm glad for it, as the result was the above piece.

Vo Nguyen was born in Vietnam, immigrated to the U.S. at an early age, and took up the solitary habit of reading comic books. An artist blossomed, and I'm surprised one of the bigger companies haven't snatched him up. His catalog of intricate sketch covers are routinely far better than the authorized ones that make it into print. His work has an ominous air, like the bastard child of Ming Doyle and Tim Vigil, with elements of Billy Tucci and a pinch of Jae Lee. He seems especially adept at dark ladies, so it was a natural to pair him with Bette Noir, a reader favorite I haven't featured much on the blog. 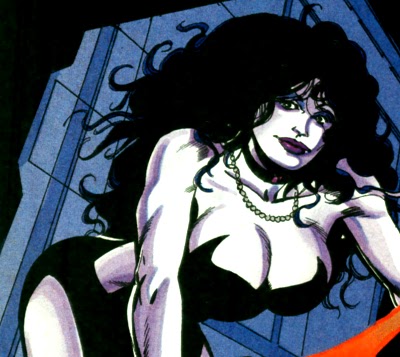 Nguyen was a darn nice guy, which explains why he was cautious enough to called me over during his laying out of the piece to confirm that, yes, Bette Noir has enormous breasts and indeed, it was appropriate to the character to depict them as such. In fact, I think Tom Mandrake's gratuitous goth bombshell design inspired Nguyen to treat the character as a Golden Age pin-up girl with that vaguely burlesque strut on display. The voluptuous villainess is actually a manufactured projection meant to titillate and trap prey for the power stealing fiend, and her true form is that of a grotesque behemoth D.N.Alien held in custody by Project Cadmus. Bette Noir has a healthier complexion here than in the comics. An element of the original art undermined by my scanned photocopy is the red pencil lines used for the layout, which hint at the hidden violence of the character's intentions (and a nice change from the usual blueline debris on other commissions.) Tidying up the scan caused blurring of the reds in the background, and you can still see the shadow from where I had to fold the copy to fit on the scanbed. The 11" x 17" original is much more crisp in its details, especially the facial features, which I find have an echo of Charlize Theron. Nguyen kept this one overnight, but gave me a call to let me know it was finished the following morning while I was on my way back to the con. It's striking and was a steal at $50.00, though he'd outdo himself a few months later on the Space City Con Cameron Chase Commission! I'm looking forward to seeing what he comes up with for #3!

It's hard for me to warm up to characters from the Ostrander series, but there's quite a lot of detail here, and the shading adds a real earthiness to the drawing. I hope Nguyen is recognized on a bigger scale someday--his style is pretty unique.

another nice take on an underused character.